Yesterday morning, I rode my bike past the elk herd. It was about 30 degrees and overcast, yet the herd chose to lie on the snow under the shade of the trees. At this time of year, they start hiding from the sun's warmth and bathing in the snow regularly. It seems that they love cold weather and not these "warm" spring days. 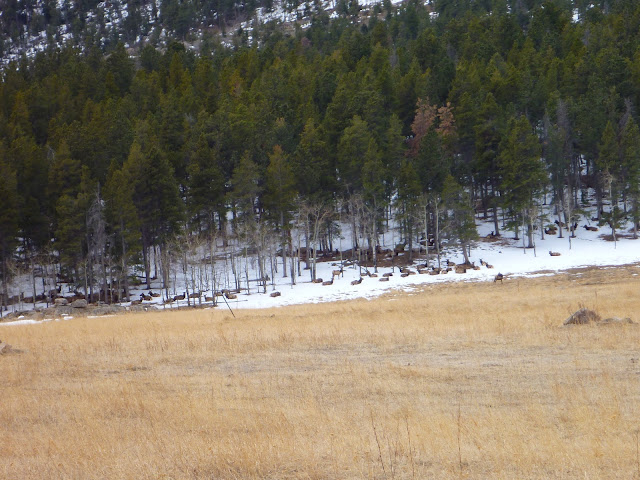 Nearby, I spotted the mountains over a boulder outcropping. Notice that the elk were not hiding from an intense sun! 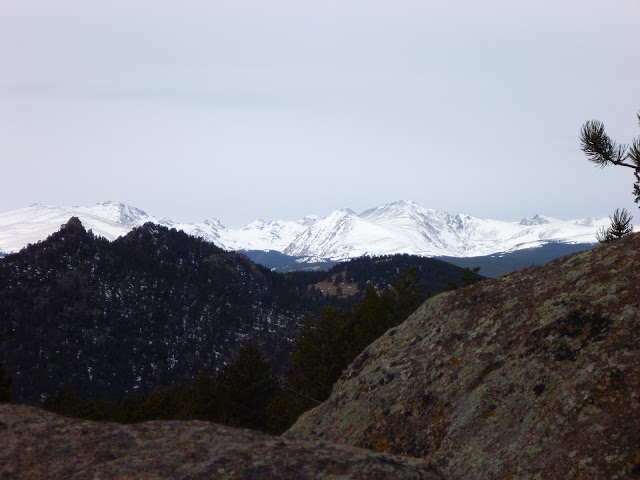 By late afternoon, they'd come out of hiding to graze. In the photo below, they grazed near a ranching corrale. 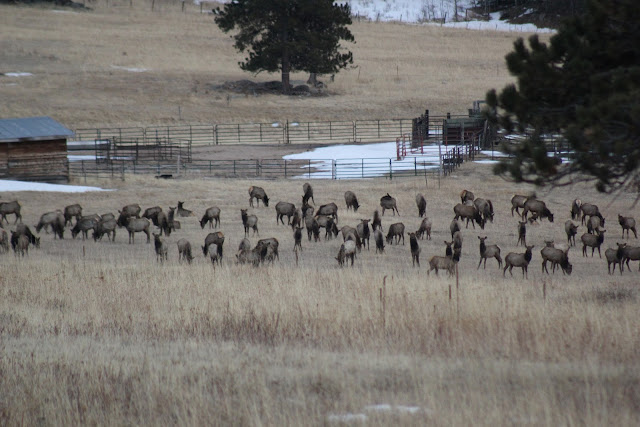 Some of the herd oozed over toward a frozen pond. 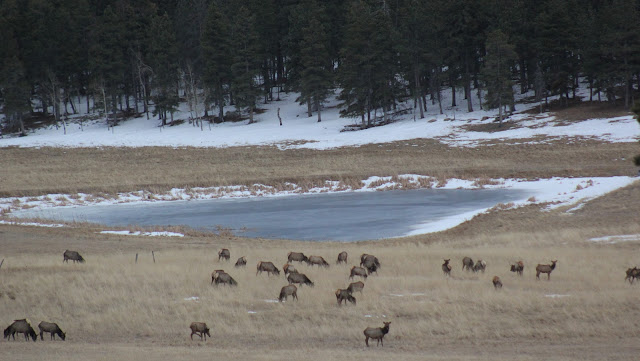 Overnight, the wildlife proved that they truly own this neck of the woods. A coyote trotted up our driveway in the evening. 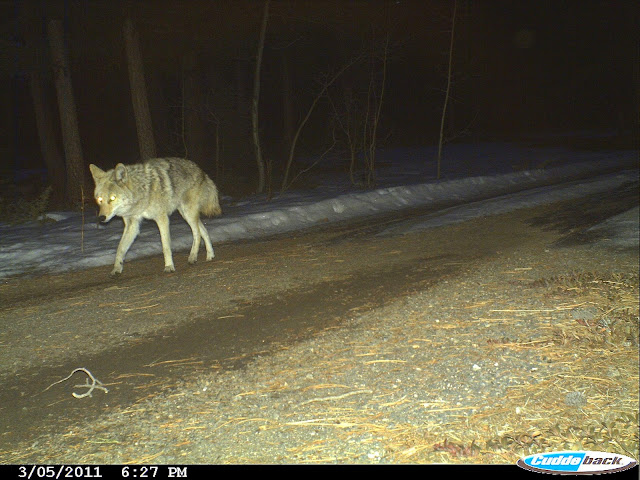 Then, a bobcat arrived on the scene in the wee hours of the morning. 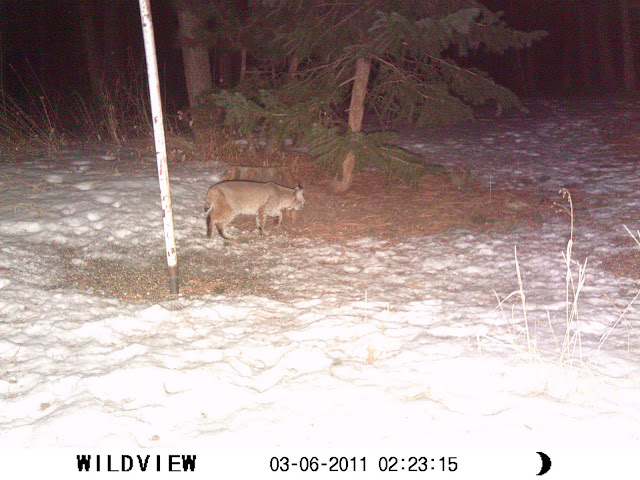 He headed toward a stump that I've seen him mark in the past. 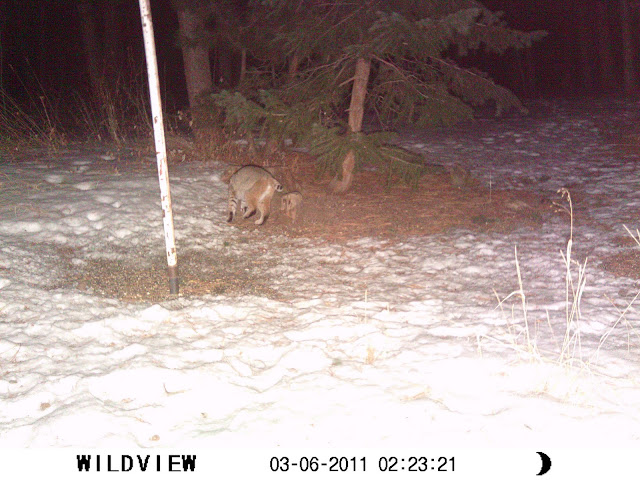 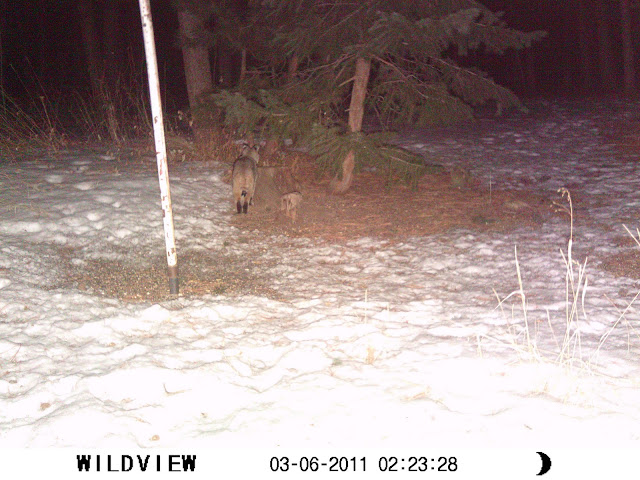 Then, notice the tail up in the air and the stream of liquid cascading down the stump. Yup, we caught him in the act! 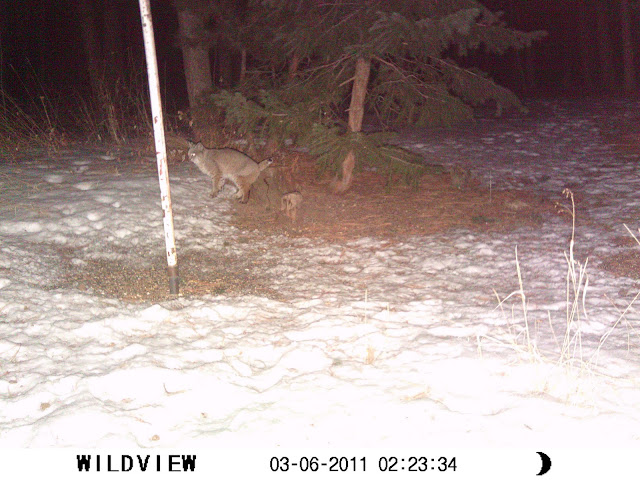 Shortly later, he marched up our driveway, heading to his next appointment. 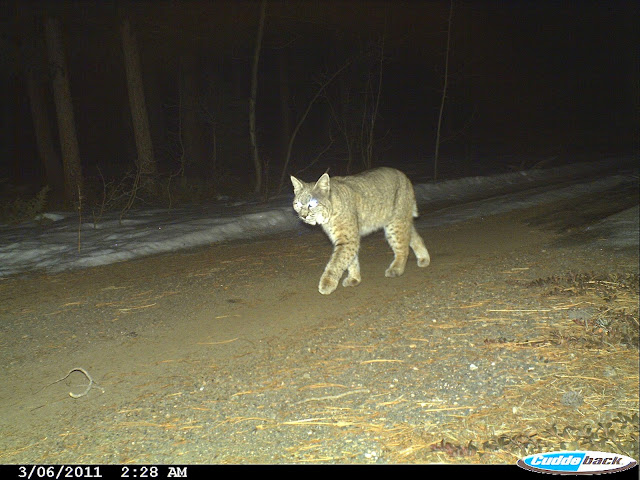 Finally, the courageous rabbit mugged for the camera shortly before daybreak. With the parade of carnivores in our clearing, I'm amazed that this cute little guy has survived for so long! 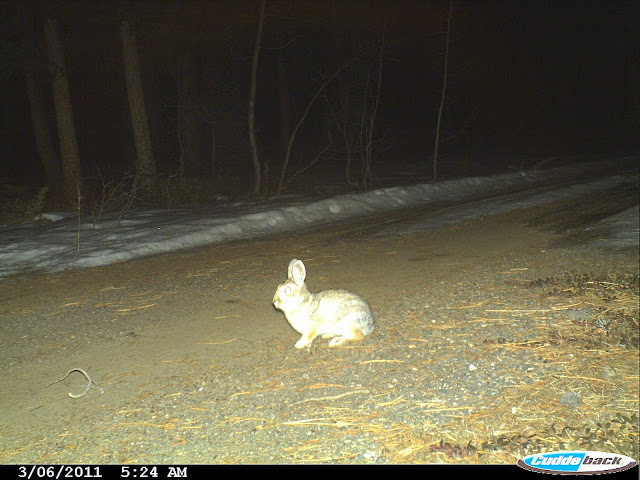 Without my wildlife cameras, I wouldn't have had any idea that our clearing had so much animal activity under the cloak of darkness last night. The motion-activated cameras give me a glimpse of the nocturnal world.

K and R informed me that I wasn't allowed to post without including photos of them. K made a funny face, just for you! 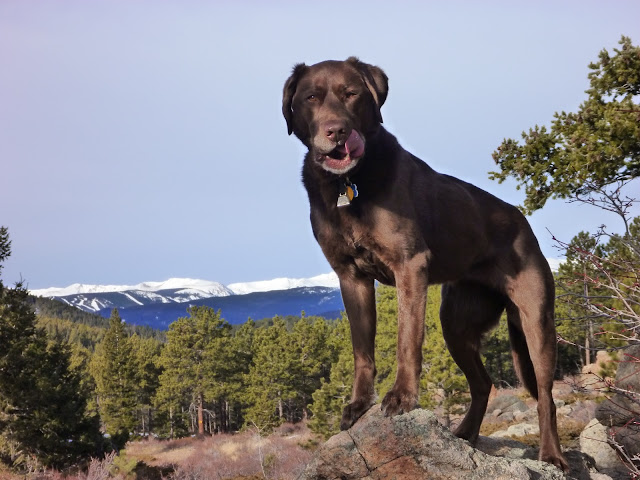 R galloped like the wind through a stand of towering Ponderosa Pine trees on a plateau overlooking the elk herd that I was busy photographing. 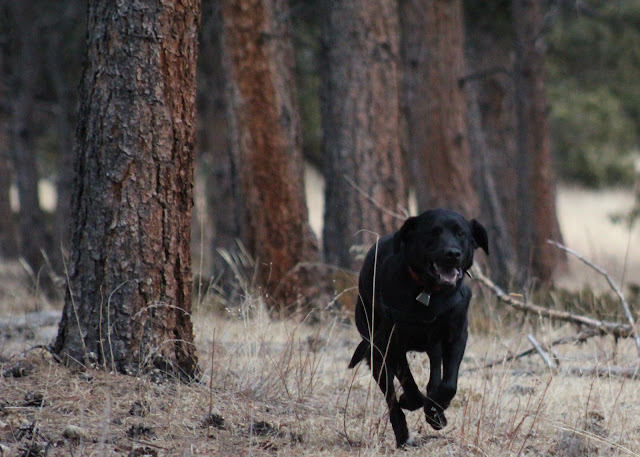 Enjoy the remainder of your weekend!
Posted by KB at 3:10 PM