Driveway parade and spring is coming!

Last night, we had a parade on our driveway. It started with a loose dog galloping down the driveway. That's a sight that I hate to see. I think that this dog belongs to the people that I had a very funny shouted discussion with last summer. I saw a bear outside their tall wooden fence. I yelled to them that there was a bear on the other side of their fence. They replied, "Do we have bears around here?". I said, "Yes, about 20 feet away from you, on the other side of the fence". You should have seen the utterly surprised look on the woman's face! Of course, as always, the bear fled, and I don't think that they saw him. 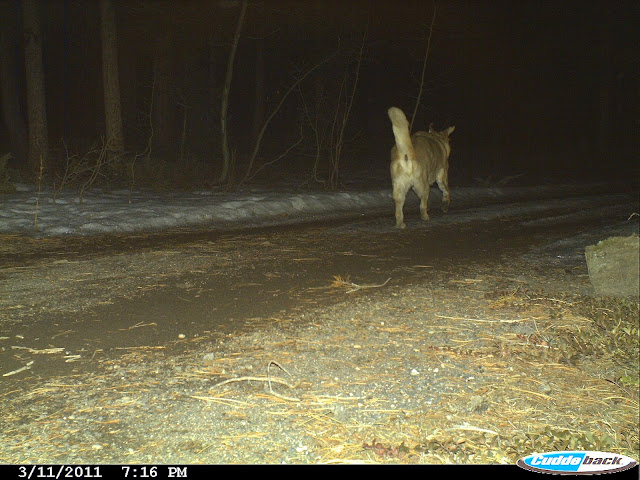 Next, the bobcat sauntered down the driveway, about a half hour after the dog. 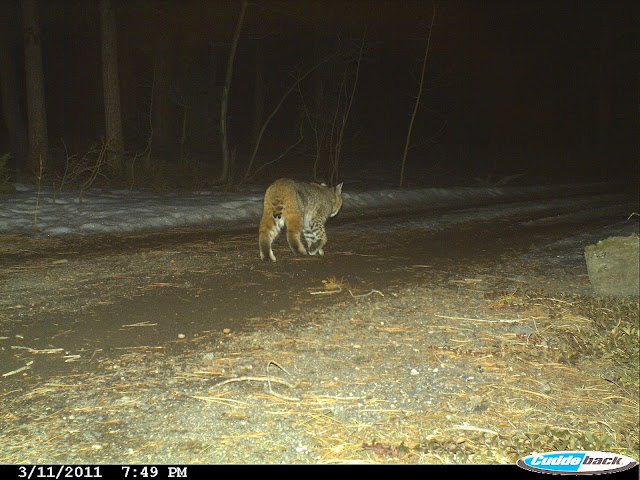 The cute cat with a luxurious coat had very muddy paws. 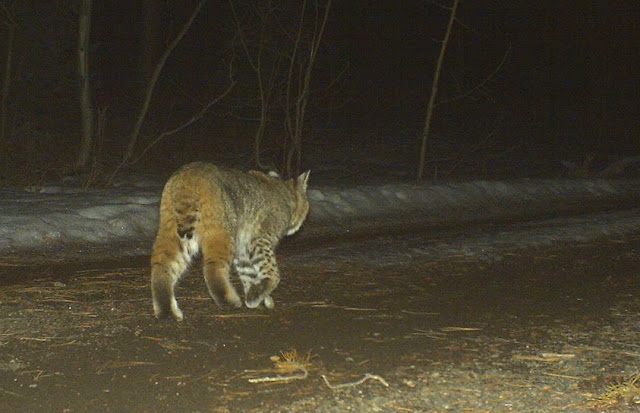 Then, a coyote trotted fast down the driveway much later. 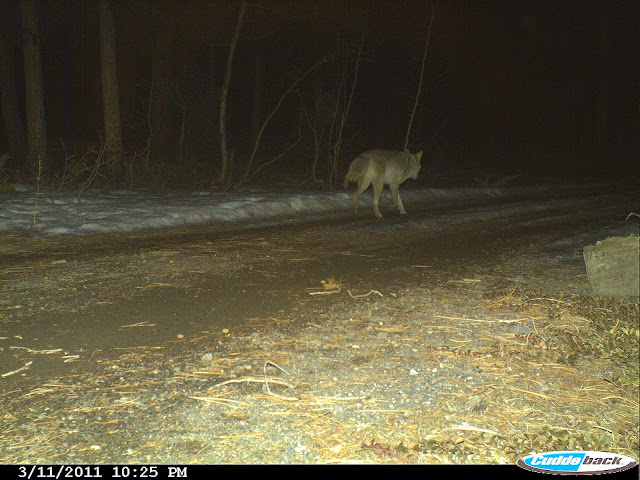 I never cease to be amazed by what's going on out in the dark... it seems quiet from inside but it's not!

This morning, K and I mountain biked, on a true mountain bike rather than on a snow bike. The trails are so icy in some sections that I needed a bike with serious studded tires. My blue bike fit the bill. 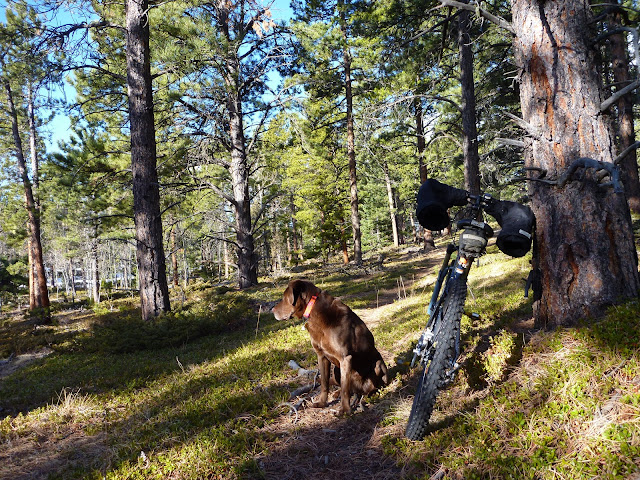 Some of the trails looked like this, which is why the studded tires were needed. 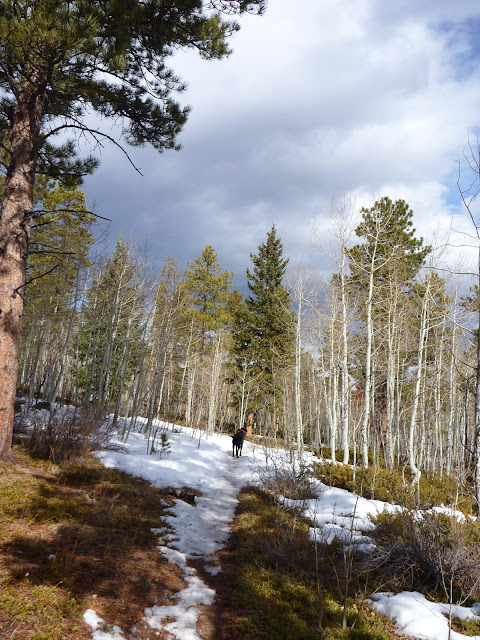 We saw a scary sight early in the ride. Our first large wildfire of the year is burning to the north of us. It's unbelievable that the forests are burning in March, setting the tone for what will be a terrifying fire season if we don't get some huge spring snow storms. Today, smoke wafted among the hills to the east of us. 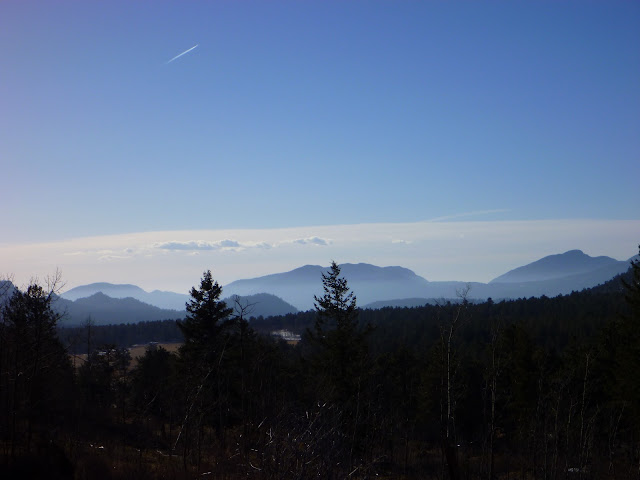 But, to the west, the mountains still shined, snowy as ever. 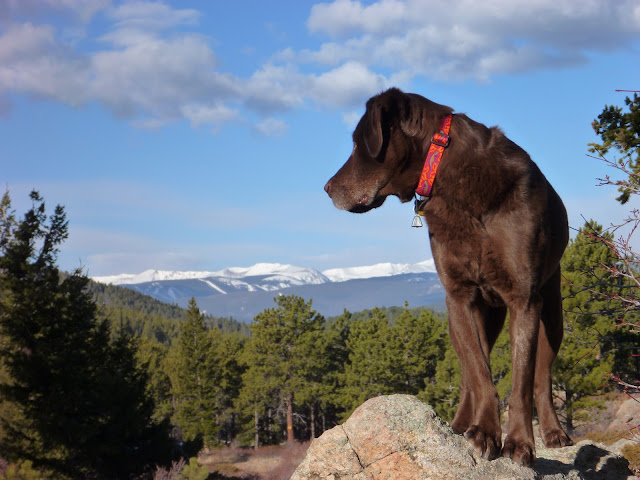 The meadows are still brown and won't start sprouting green for a couple of months. The blue sky beamed down on the golden hills as K led the way. 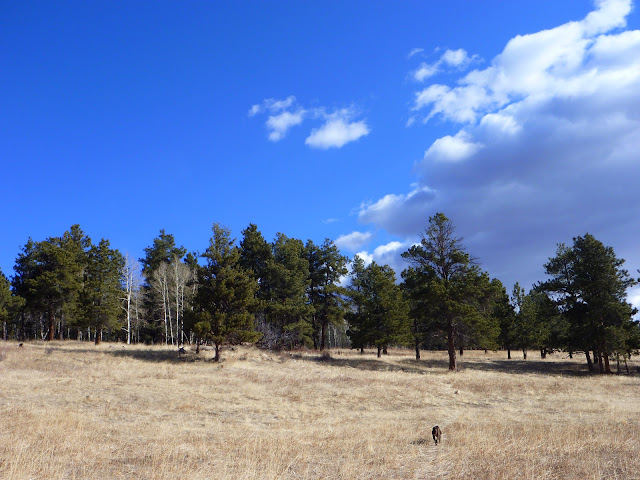 All too soon, it was time to drop K off at home. I headed out solo seeking some icy and dirt trails but no serious snow, since my serious snow bike was sitting in my basement. 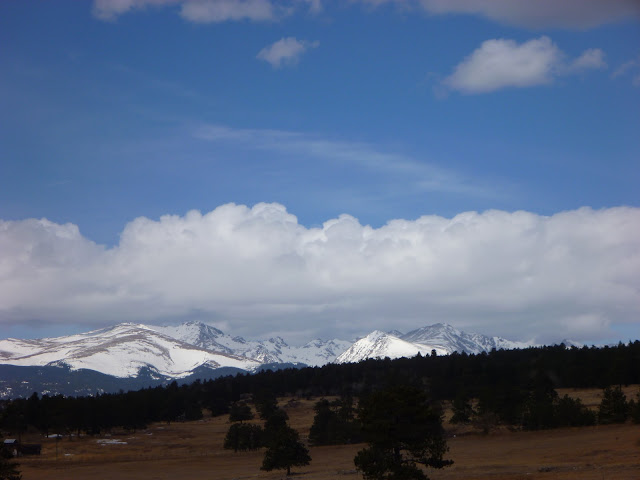 As I rode next to the expansive meadow shown above, I spotted my first Mountain Bluebird of the year! They seem to come up on warm days in March, and retreat to the plains for the nights and bad weather. You can't see him well in this photo taken with my little point-and-shoot but, oh, what a wonderful harbinger of spring! 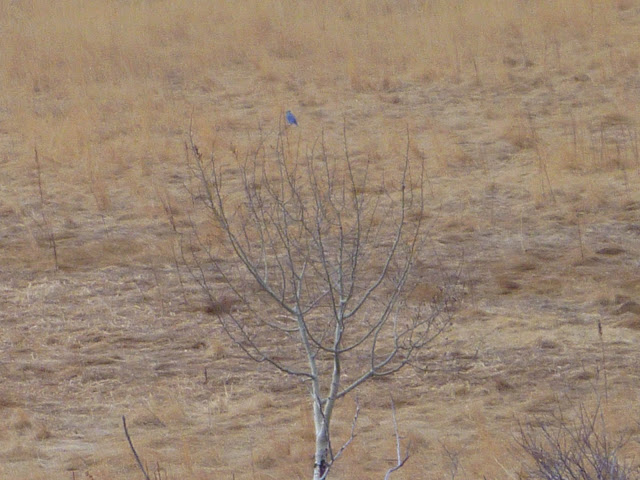 I rode onward, hitting some 4wd roads that I never bike during the summer because they're open to motorized vehicles then. But, now, they're deserted, and I had a blast pedaling along them, albeit in a tired way. I caught glimpses of our mountains. 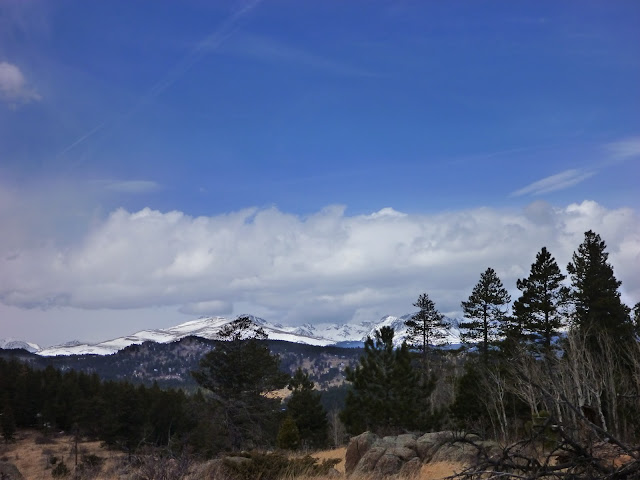 When I was almost home, I came upon the elk herd, close to the road. They'd gotten themselves inside a newly fenced corral. The tradition around here tends to be that people prop open their gates for the elk during the winter. Despite the fact that this ranch is presently unoccupied, the gates were closed, and the elk mewed in consternation. Although you can't see it in my photo, they had fences on all sides of them. 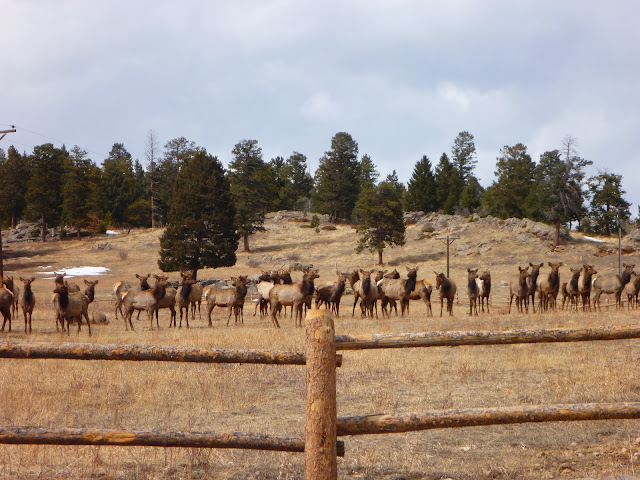 I hated seeing them milling around, not wanting to leap the high fence. They shouldn't have to... it wastes energy and could lead to an injury. I seemed to be adding to their stress so I departed before they resolved the dilemma. 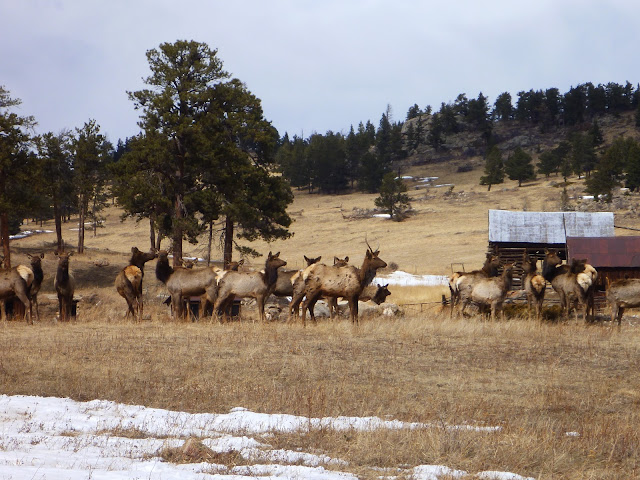 Our day ended with fun in the sunset. 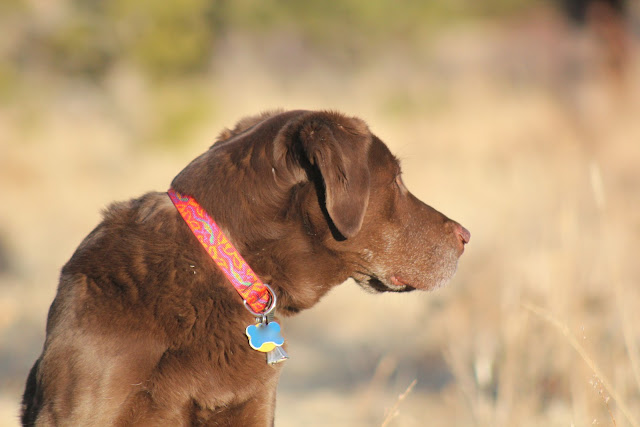 Do you think that this photo of R might be good enough for Anna's tongue photo contest? It looks like his tongue is being whipped back by the wind because he's running so fast! 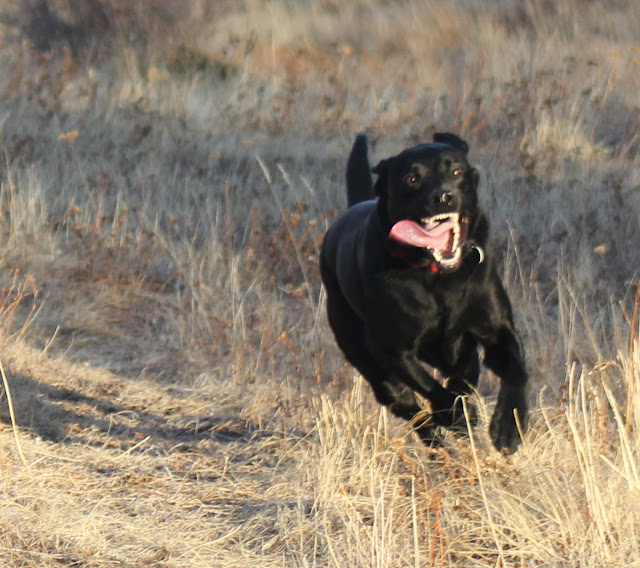