Since this little guy arrived, I've spent a lot of time teaching him new things.He's a curious puppy, and we're working hard to expose him to all sorts of things while his mind is most open to learning new stuff. 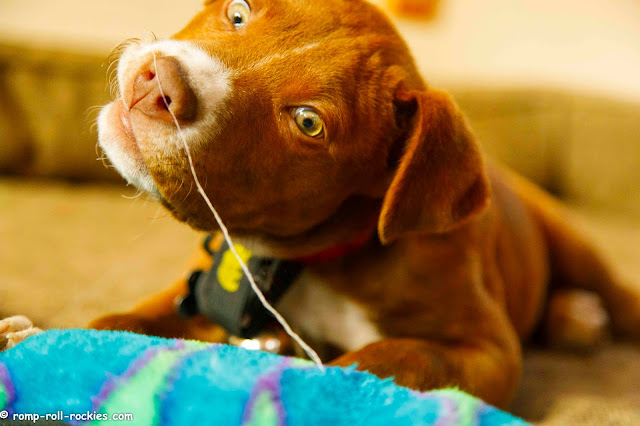 I have also continued to work with Shyla on our fun training projects. I don't plan to ever stop doing those with her because I feel that our work together has made a world of difference in her confidence. 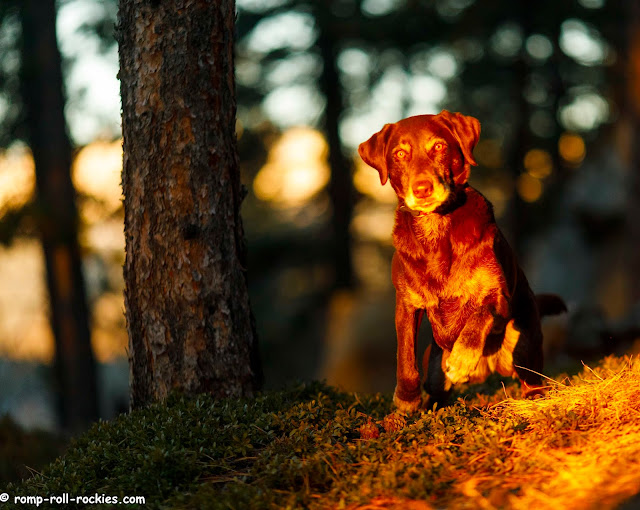 Most recently, I've taken a course to teach her "modifier cues", which is words to direct her to distinguish between multiple objects. So far, I've taught her left, right, large, and small.

Next, I taught her to distinguish between large and small. I had a series of similar objects that I put out in front of her and asked her to touch either the largest one or the smallest one. I had a bunch of sets of similarly shaped but different sized objects so that she could generalize the concepts of large and small (e.g., boxes that ranged from tiny to huge).

During today's snow storm, I tried a new challenge. I put out two cones, one that was that was large and one that was small. They were next to each other so they were left and right relative to Shyla. Then, I asked her to touch the large one ("large touch"), the small one, the left one, and the right one. Obviously, if the cone on Shyla's right was the large cone, it would be the correct answer to either "right touch" or "large touch". (Left and Right are always referring to Shyla's point of view).

I was so proud of how well she did. Check out the short video if you have time.


I have so much fun doing this kind of training with my girl. Now that we have an untrained little puppy in our life, I realize how far Shyla has come that she can learn such high level things in a pretty short time. I love her and our training together!