Thankful Thursday: Gratitude for Everyone in our Pack

I tried to get photos of the trio together the other day. 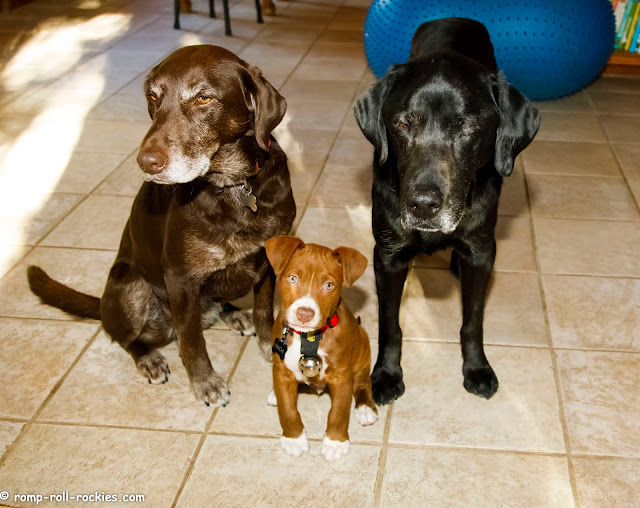 That was pretty good even though Shyla wasn't looking at me and R was closing his eyes. The little guy was staying and looking at me. That's all that I can ask of a little puppy.

In the next instant, I could tell that Hachi was getting ready to break. That stare into the distance might have been my hint. 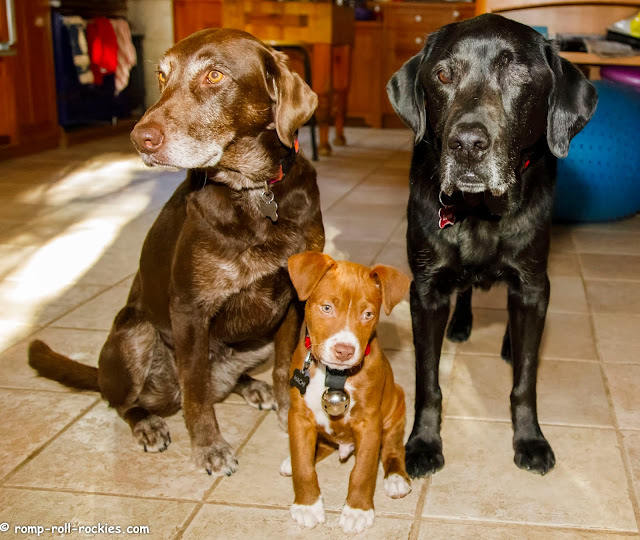 Then it happened. The little one was leaping rather than sitting. 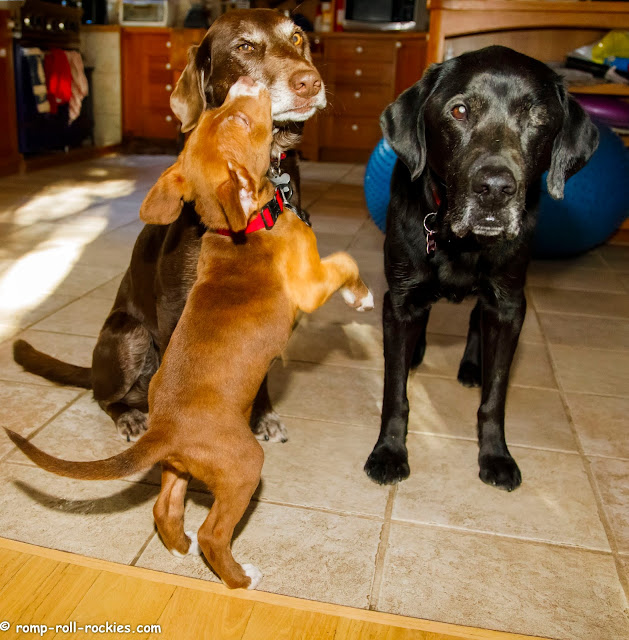 Shyla has been an incredible big sister to him, tolerating his silly behavior and even playing with him. I don't have photos of them playing but you can see how tolerant she's being in this photo. And she's holding her sit-stay! 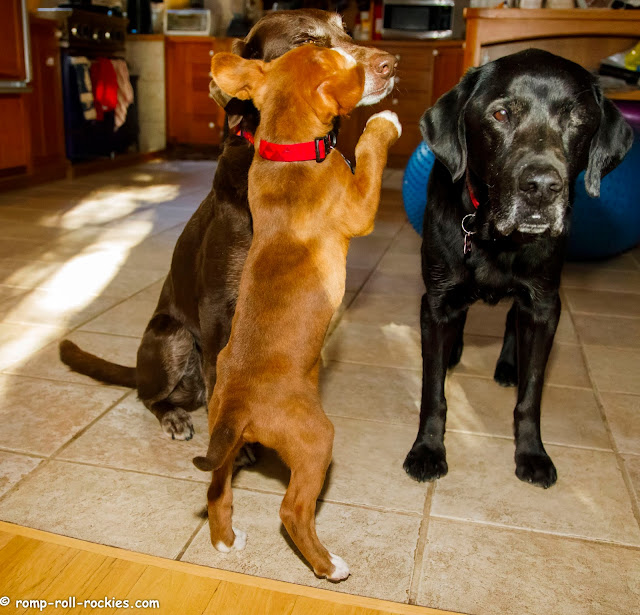 He landed between the big dogs, and Shyla did not look amused. However, neither of the big dogs moved. 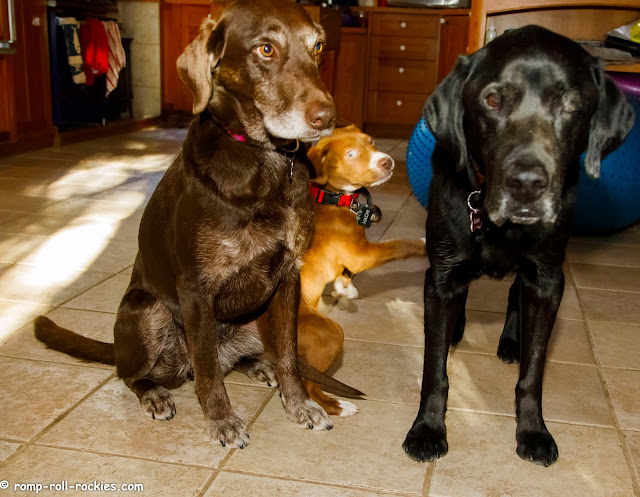 I think that we are all thankful at the end of the day when Puppy Hachi crashes. He usually gets insanely energetic in the evening, sprinting in circles around the house while leaping onto big dogs. Then, just as fast as he became insane, he crashes. Look at his nose squished into the dog bed as if he literally crashed while running. 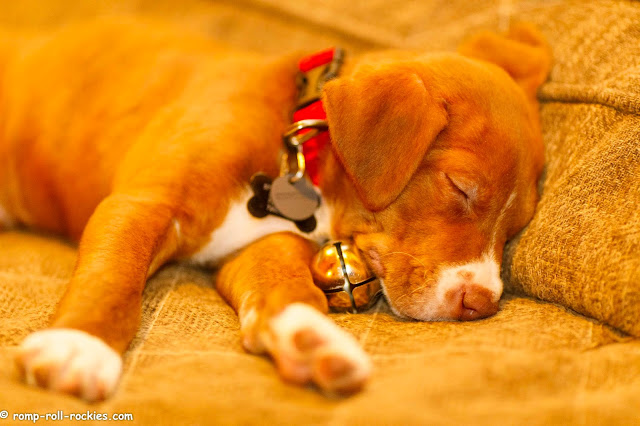 As much as we love him, it is a relief to have some time when we are not closely supervising him. Do you see the big bell below his chin in the photo above? He wears that so that we can hear where he is at all times. It's incredible how fast he can get into trouble!

Here's a crash from another evening. 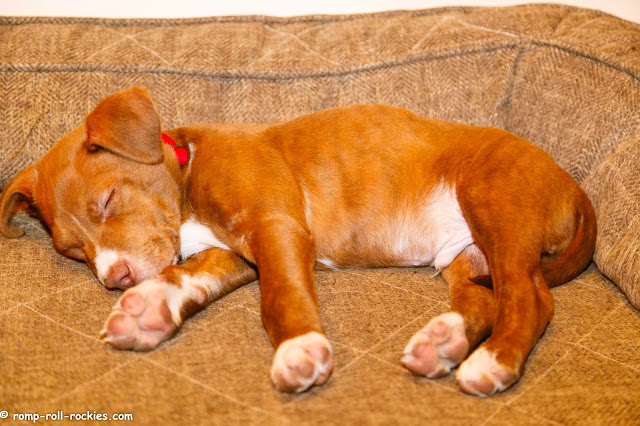 While I was photographing him, he must have heard the shutter. He woke up and lifted his head with his eyes closed. 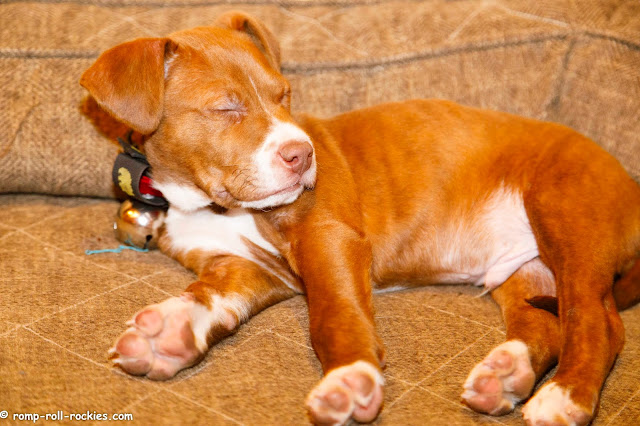 Soon, his head fell to the bed again. 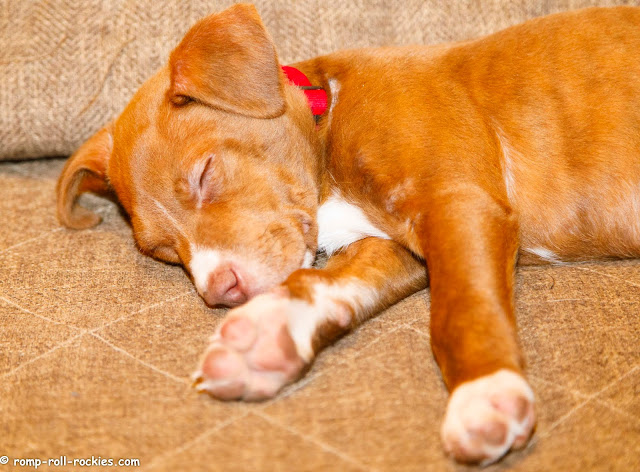 He's been sleeping quietly at night and needs just one bathroom outing per night. He's a good puppy.

For today, I am thankful for Hachi's silliness, Shyla's and R's patience, and for his nightly crash!
Posted by KB at 4:00 AM