Our black dog had finally begun to get better by Thursday afternoon. Thanks for all of your good thoughts and kind comments. We are very hopeful that he will be all better very soon. His little brother has snuggled with him a lot today, which must be helping him heal. 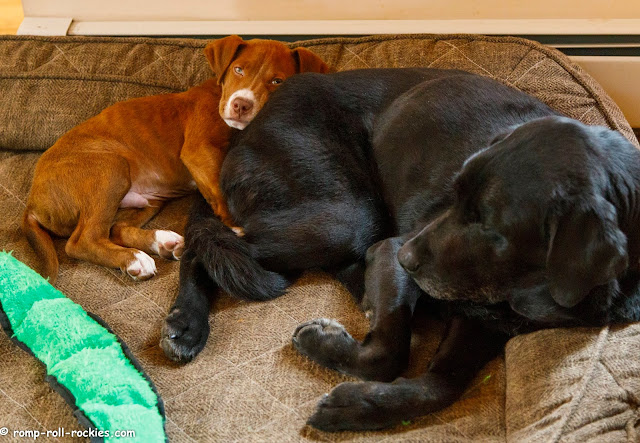 While that was going on, a mountain lion was nearby. I'd become aware of him on 1/3/19 when he was stalking our elk herd and leaving tracks on our snowy trails. At that time, I didn't know if he'd been successful in finding his next meal.

Then, he appeared on my trail cams a few days later. He had a small cut on his nose, perhaps from his hunt. 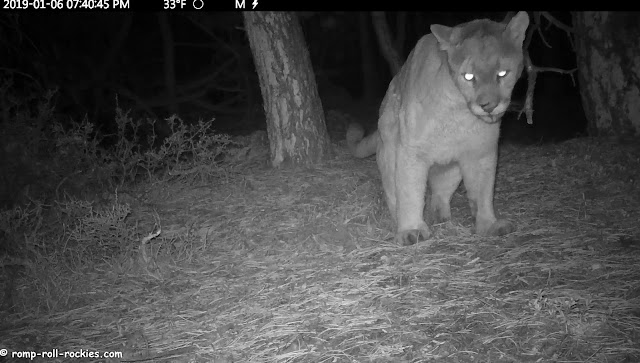 In the video, you can see that his gut was bulging...

On the evening that the lion was captured in the video, I'd been out hiking with family who were visiting. I pointed toward where the cams were, and I said "It is surprising how often lions are up there in the evenings". In fact, there was a lion nearby at the time that I was saying that!

Thanks to the LLB Gang for hosting the Nature Friday blog hop.
Posted by KB at 4:00 AM