I want to keep honoring our Black Dog even in the midst of puppy fever. A big part of why we chose to get a puppy now is that we wanted to do it while R could still see. We thought that it would be much more fun for R now rather than later.

We've succeeded on that count. R can still see passably well. He can run off-leash and see his little brother. 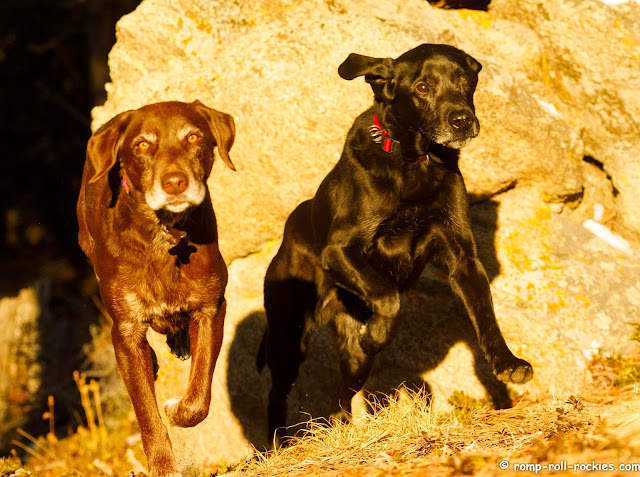 The Runner and R are loving running together, just as they have for the past decade. R's elbow is doing super well, rarely causing him pain. His vision in his remaining eye allows him to be off-leash during runs. The prognosis hasn't changed but we are relieved that his right eye is working well now. 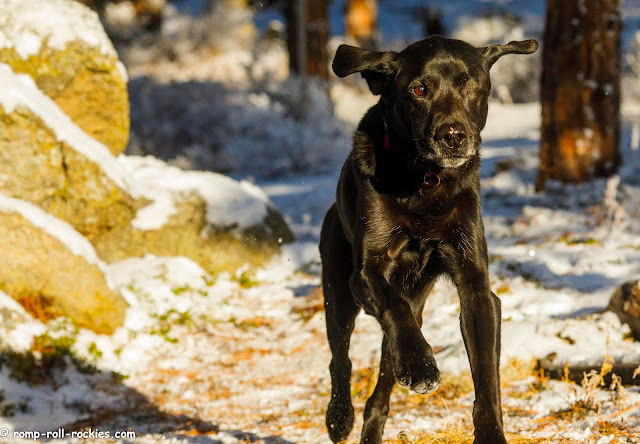 He and his sister actually seem to like Hachi. They are such a good-hearted Labraduo that I'm not surprised. The part that does surprise me is that Shyla is usually more interested in playing with Hachi than R is. That may change though... R is enjoying Hachi more and more every day. 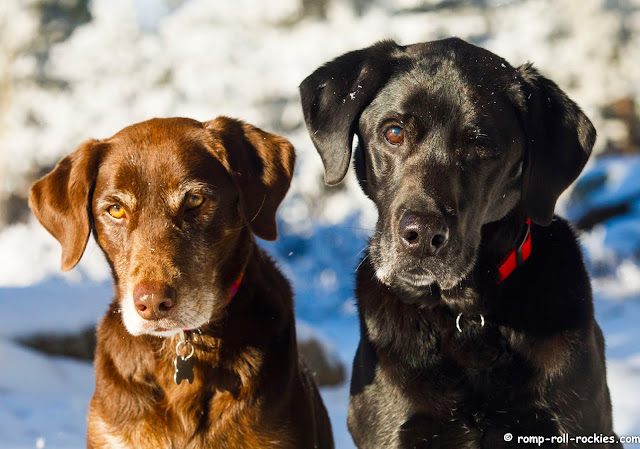 At age 11 years, I am astounded that R has finally learned the self control to do the "balance a treat on your nose" trick! He used to always flip the treat in the air as soon as I let go of it. In the past month, he's been balancing it until I cue him to flip it in the air. 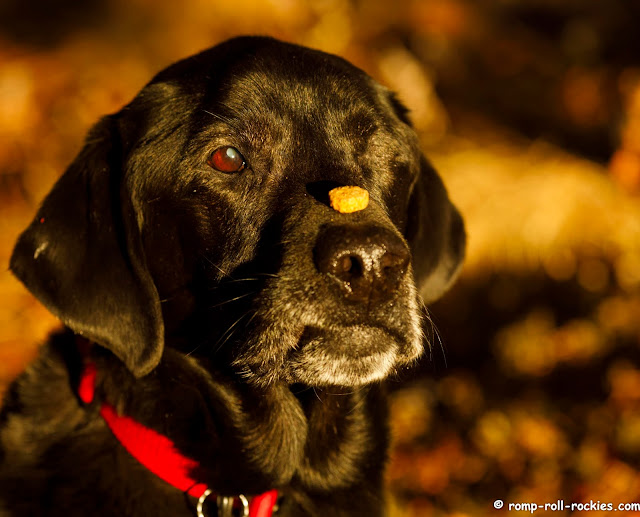 I've had a few people ask me if R is okay, in light of the fact that we adopted Hachi. Just in case you are wondering that same thing, he is okay. In fact, he's more than okay - he's thriving! And, he's helping raise Hachi -  a gift for which we will be grateful forever. The link among our dog generations is strong.

Happy Black Dog Sunday!
Posted by KB at 4:00 AM