Nature Friday, including a Mountain Lion

I had my favorite kind of day yesterday. Shyla and I were out at sunrise to see the fiery red sun peek over the eastern horizon. I had fun playing with positioning Shyla with the rising sun behind her. 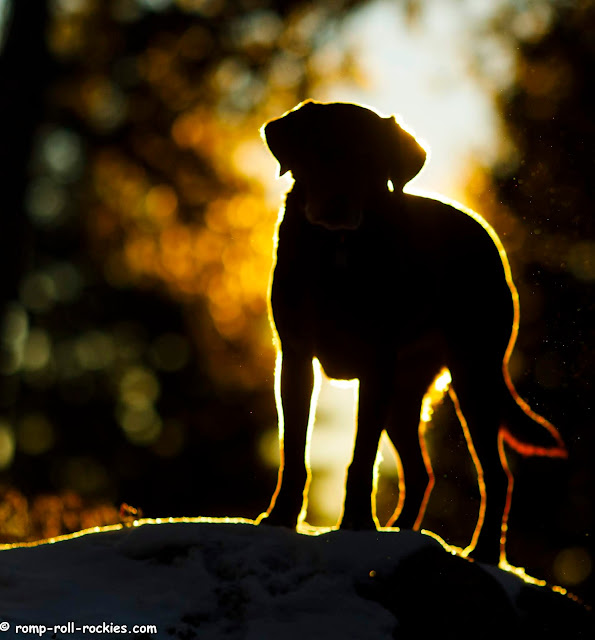 After sunrise, I pedaled up higher as Shyla trotted along side me. I came to a rapid halt when I spotted mountain lion tracks. They were next to a trail that we use almost daily. 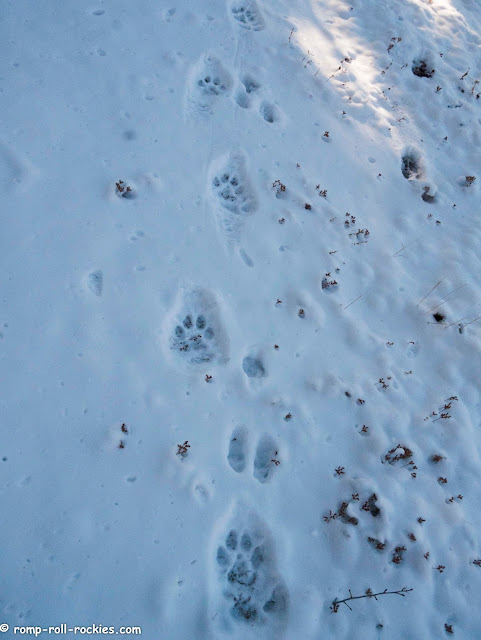 After I examined the first set of tracks, I spotted more tracks very soon thereafter. Indeed, for the rest of the ride, lion tracks criss-crossed our trail in the shallow snow cover of a sunny area. The tracks seemed very fresh. I called Shyla even closer because I had a feeling that the lion was still in the area.

We rode above a meadow, and I spotted the elk herd. Now I knew why the lion was around and was circling a small area. 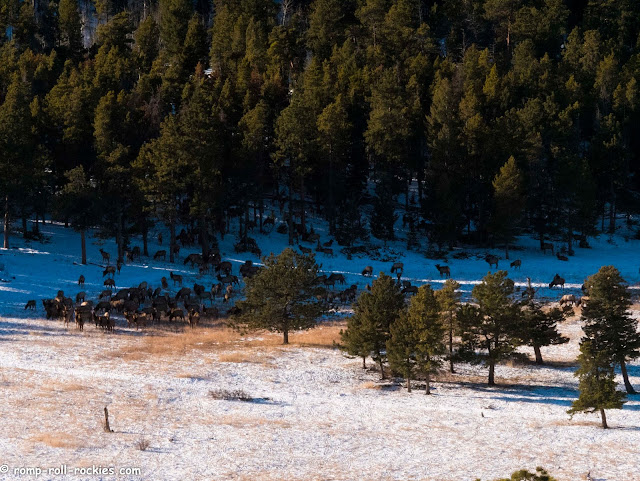 The elk herd was not concerned with me and Shyla being near them so I was able to see that the lion had been stalking them from behind rocky outcroppings. I hid my bike so that we could back track the lion to see where he'd been. It was amazing to see the route that he'd taken, including a leap down a slot in a huge pile of boulders. I estimated that he'd leaped down 15' or so. We turned around there because there was no way that we could take the same route.

Late in our ride, I stopped at a trail cam and found footage of the lion from a bit earlier that morning. My gut feeling throughout the ride that the lion was nearby was correct. The lion marked very close in front of the camera in full daylight. Getting to see footage of a lion in full light is a treat!


Thanks to the LLB Gang for hosting the Nature Friday Blog Hop!
Posted by KB at 4:00 AM