Last evening followed the usual puppy pattern. After an evening hike, Hachi was an insanely playful puppy. He has lots of toys but an old shoe was his favorite for the evening. 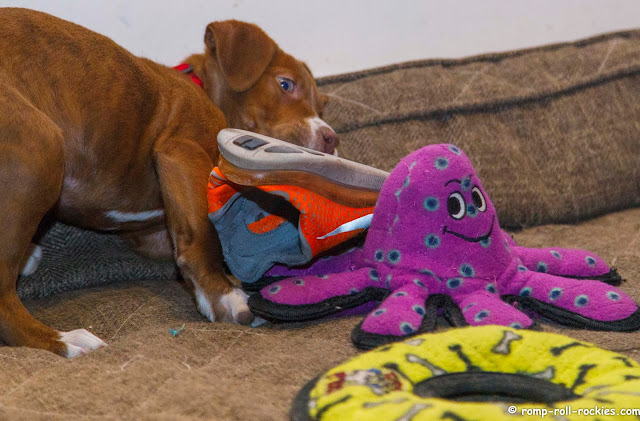 The shoe is almost as big as him! 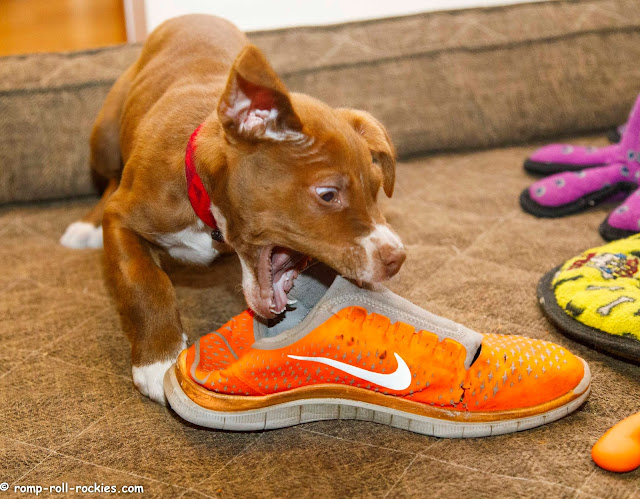 We played tug with the shoe! 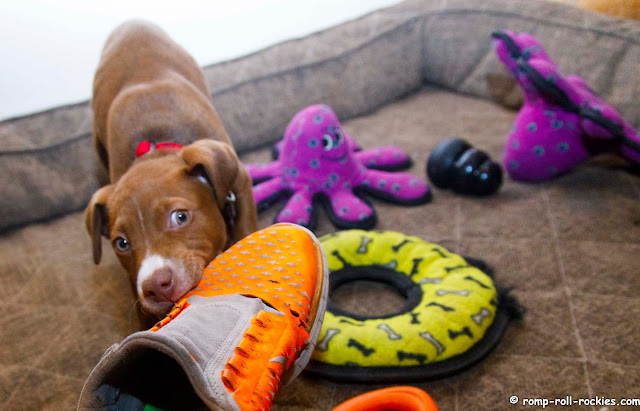 Eventually, he crashed. He chose to snuggle with his big brother, and R didn't mind at all! 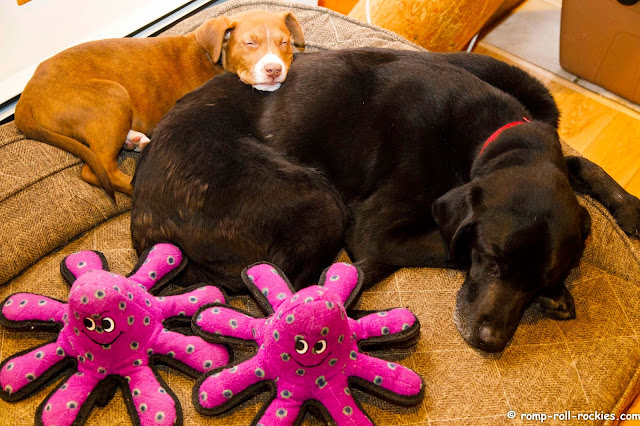 Then, purely by her own choice, Shyla joined them. 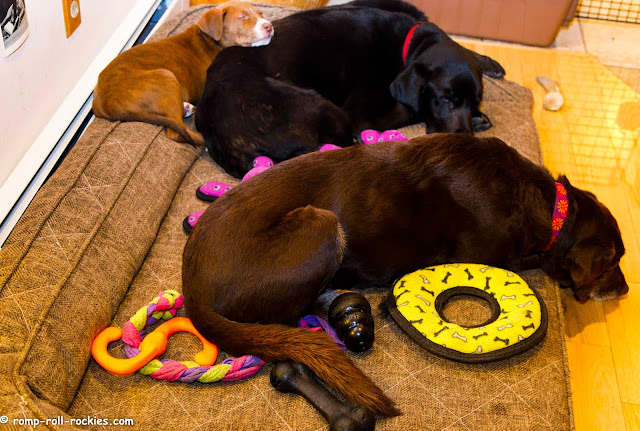 After the Big Dogs moved for some reason, sweet Hachi fell asleep while gazing toward us humans. The camera woke him up. His eyes were wide open for one photo. 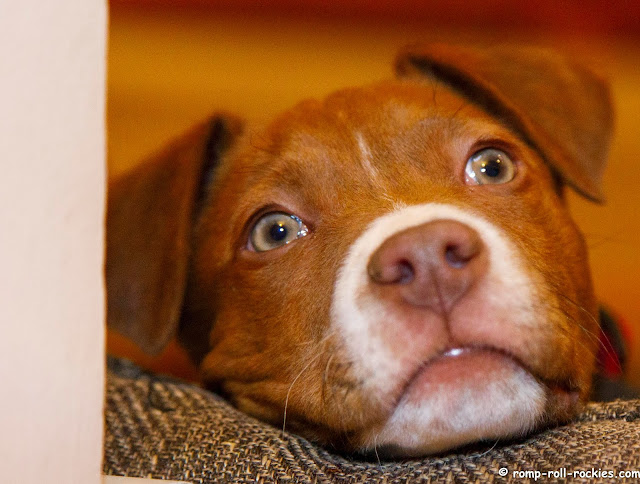 And then he sunk downward and his eyes began to close. 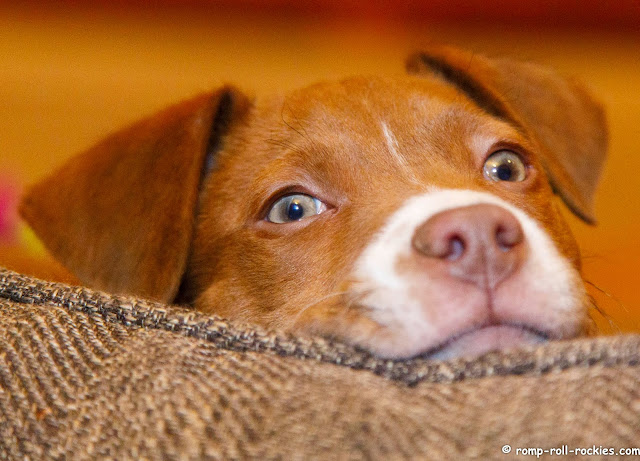 I think that our whole pack is smitten with him. Shyla is now playing with him a lot, which is SO wonderful to see. She's learned to play more gently so that he can compete in a game of tug or chase.