We've had a female mountain lion sticking close to the heart of our woods for quite a while. I believe that this was the lion who was caterwauling for a mate back in February. If so, she likely has kittens stashed somewhere in the vicinity. 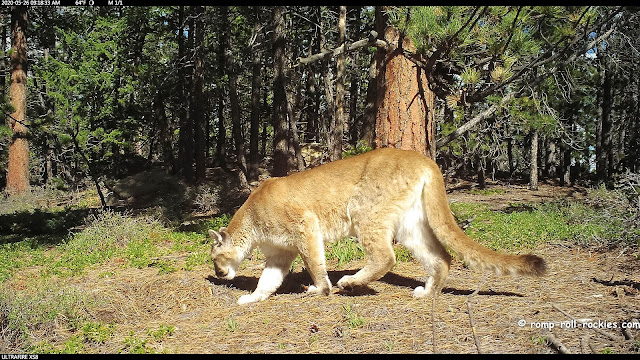 We've had lethal signs of a lot of lion activity nearby, including a dog disappearing and a deer being killed and eaten. It's a time when we all need to remember to be careful because this lion being out and about in daylight is a sign that she is very hungry and may take big risks to get her next meal. We share this world with her - so we need to be mindful of keeping her safe from the temptation to go after the wrong prey.
She was out near all of us humans during the day repeatedly during May. The photos/video were particularly good on one day so I'll share those. Her "signature move" is raising her head high in the air, opening her mouth, and sniffing the air. 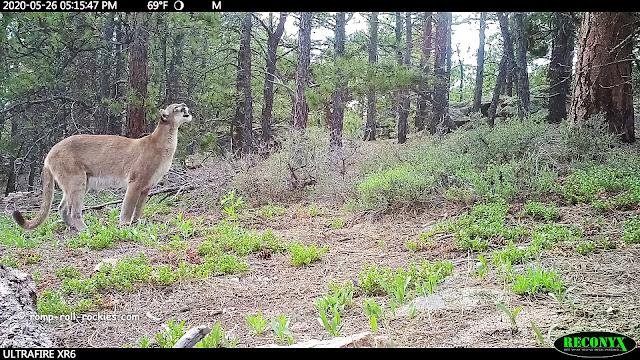 She focuses on areas where the male lions have scent marked. She's sniffing the piles of pine needles behind scrapes left by male lions. 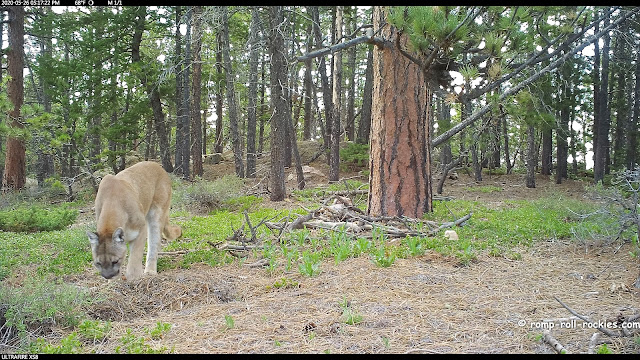 After sniffing the ground, she again raised her nose in the air. Her scenting ability is enhanced by having her mouth open. 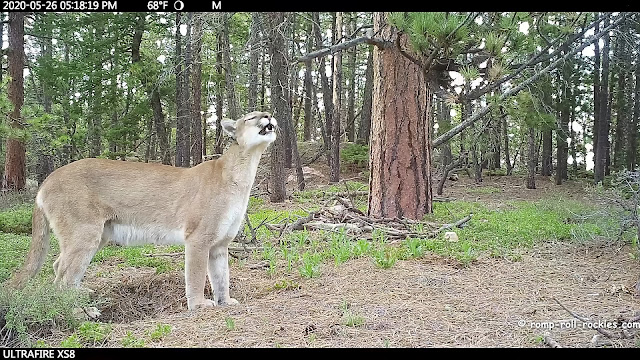 If you'd like to see this beauty in action, check out my video.
Posted by KB at 2:00 AM