From the cliff to the valley 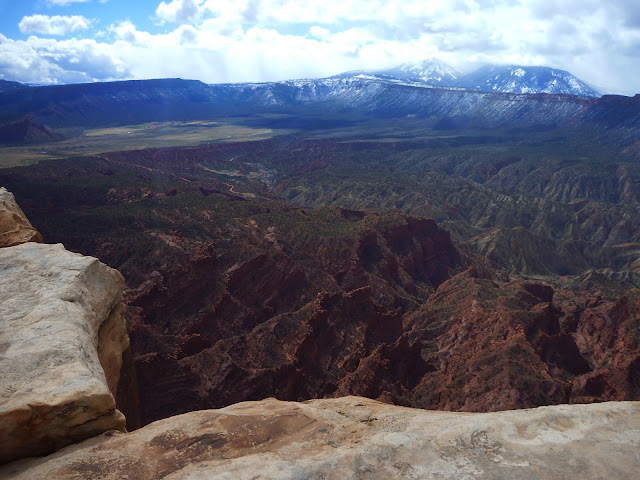 After we all climbed to the "Top of the World" and peered down into the valley below, I rode back to our campsite via a scenic route that wended along the base of Entrada cliffs of shiny pink sandstone. 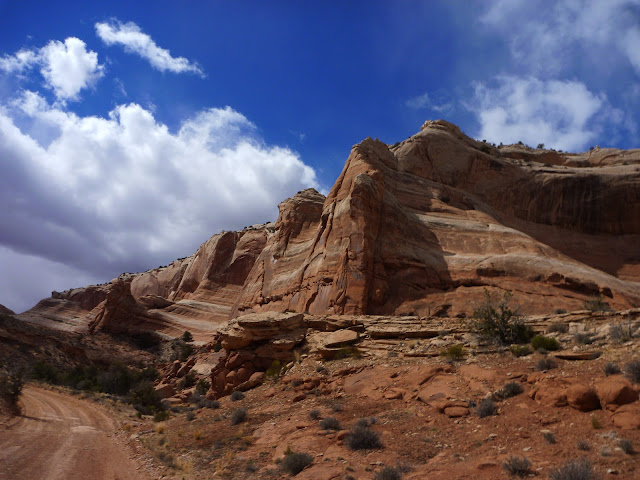 The swooping curves of the cliffs towered over me for the entire ride. 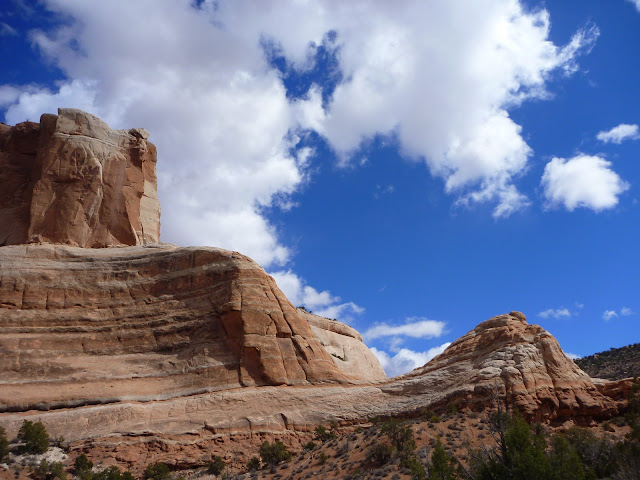 Eventually, after descending into a canyon and climbing out, I recognized the rock formation that our campsite sat beside. 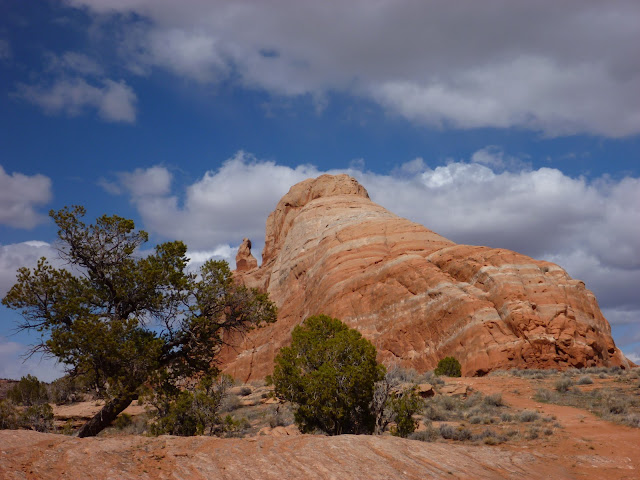 I found a pleasantly tired Duo, sleeping soundly on the hard rock. Notice that we'd placed soft mats out for their comfort. Rather than lie on them, K kicked sand all over them and then curled up on the sun-warmed rock next to her brother. 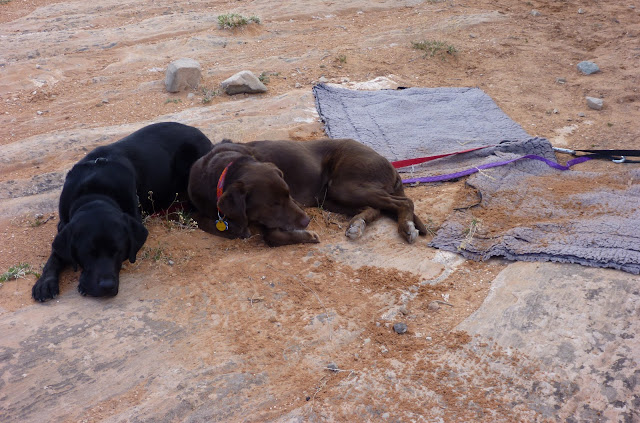 Soon after I arrived back from my ride, we broke camp and headed toward the valley that we'd gazed into from the Top of the World. That valley is in the sun-bathed middle ground of the photo below, punctuated by spiky tall towers. The snowy La Sal Mountains stand behind the valley. 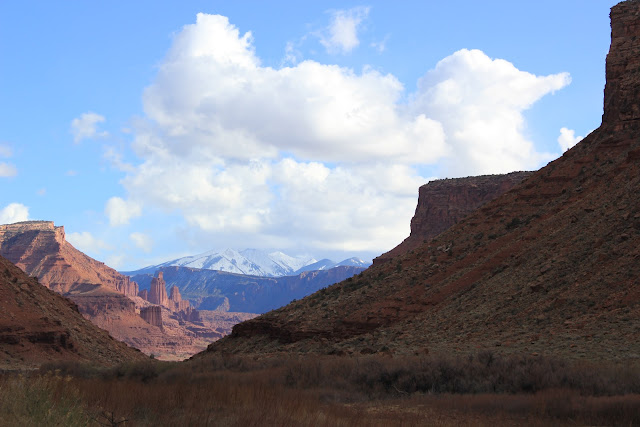 The hiking path curled through a labyrinth of spires. 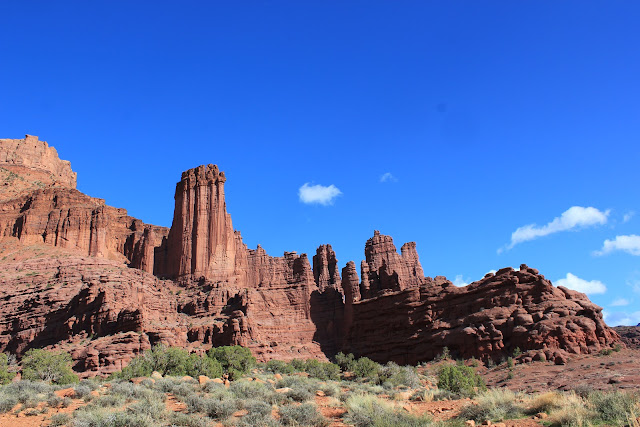 We perpetually gazed upward, looking at the amazing sculptures created by 300 million years of erosion. Eons ago, this area was a flat plateau of sedimentary rock but water and wind have scraped away the softer rock, leaving behind the harder rock shaped like ghosts and goblins from the past. 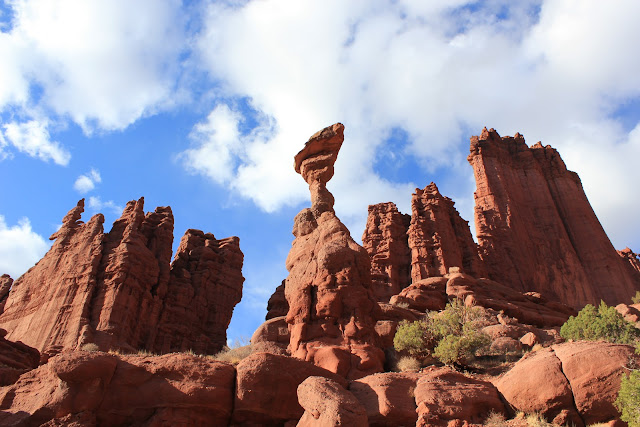 The Duo was allowed to hike with us and enjoyed perching on boulders as we hiked. 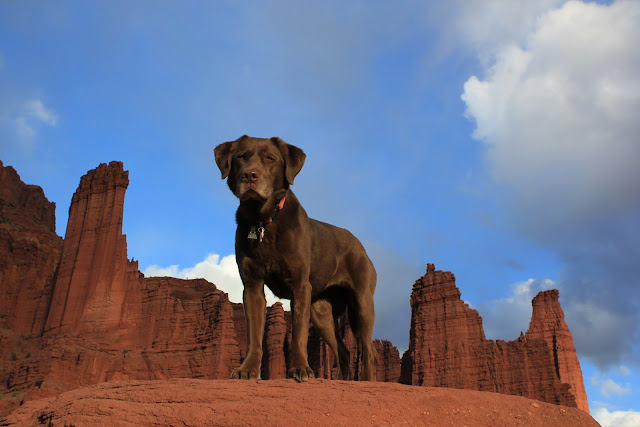 We could see clear across the Colorado River. Although we were warm in the sun, a ferocious storm had cut loose across the valley. 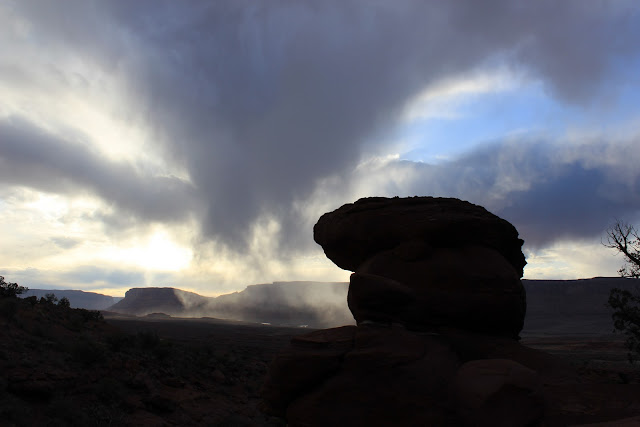 We finished our hike close to sunset, and the tops of the towers glowed in the falling sunlight. 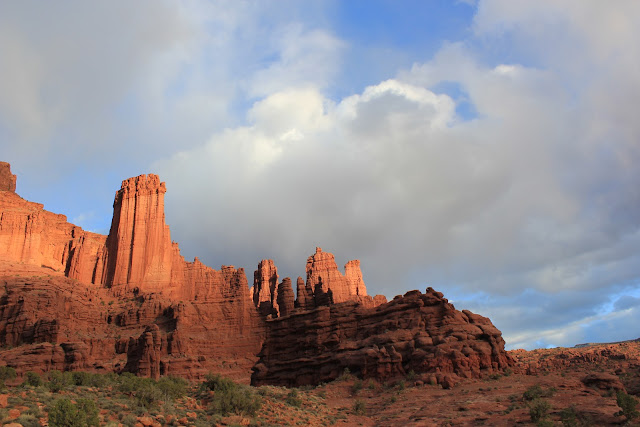 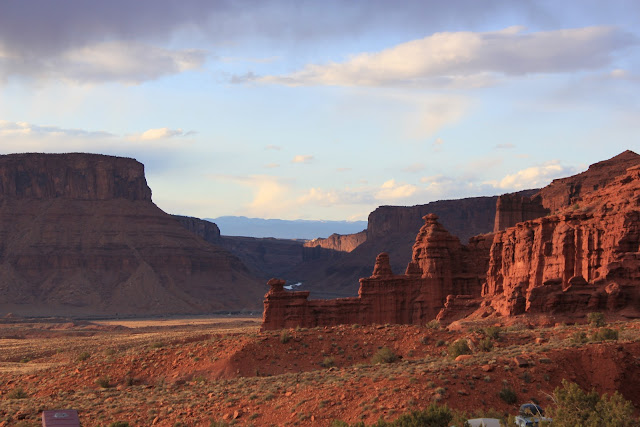 Just before finishing the hike, K stood in the setting sun with starkly dramatic rock formations behind her in the distance. 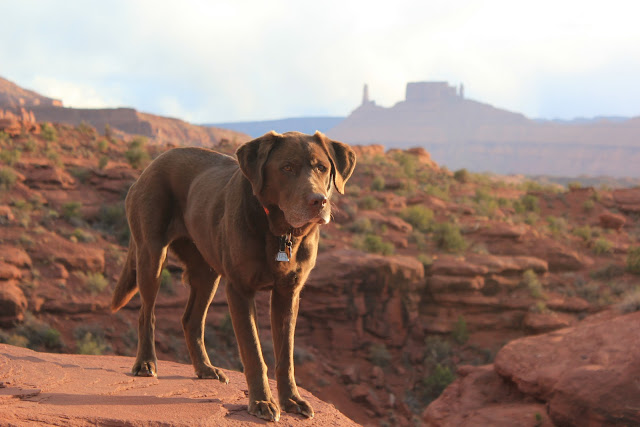 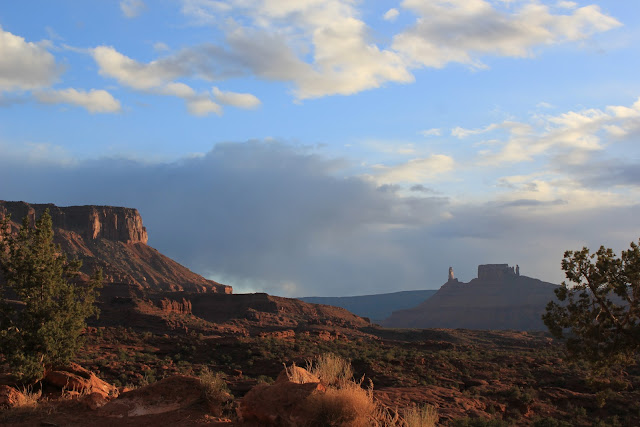 Hiking in the valley that we'd viewed from 2500' higher earlier in the day made the circle complete. The red rock world near the Colorado River in Utah is unlike any other place that I've visited. It's stark, harsh, and sharp, yet it glows with warm beauty.

After our hike, we hightailed it to a campsite that we've visited in the past. We climbed out of the van, and K surveyed the scene. She approved. 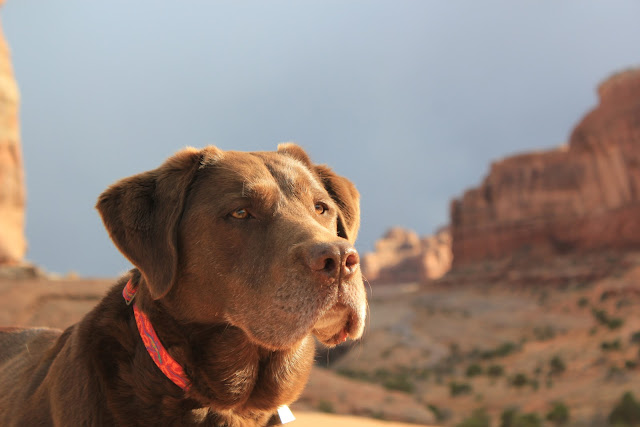 Several of you have asked about where we camp. We tend to find out-of-the-way corners, not in campgrounds, where we can relax in peace and quiet. Most of the land that we visited on this trip is administered by the Bureau of Land Management. It can be accessed via 4WD roads, and our Labmobile is a 4WD high-clearance vehicle retrofitted for camping (it's technically known as a "Sportsmobile"). It's sitting in a typical campsite below with my trusty bike leaned against it. 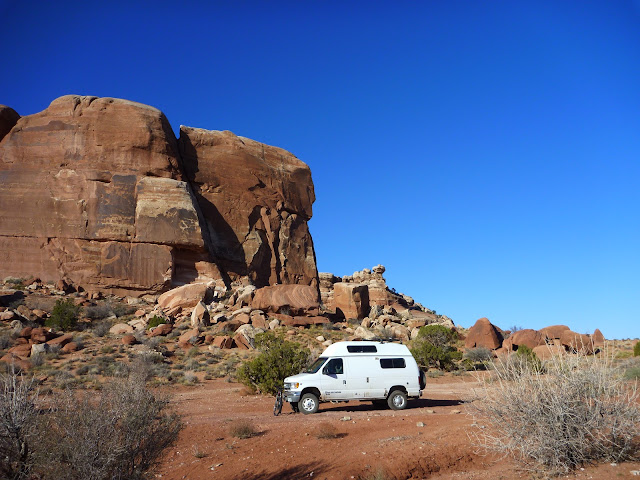 To me, the sight of our white van sitting in a quiet campsite is nirvana. I do sometimes wish that we could still camp in a tent - but my spine has deteriorated to the point that it needs the "real bed" in the van. And, the Duo LOVES the Labmobile. As soon as the sun sets or hides behind clouds, they start demanding to curl up in the sleeping bags in the Labmobile. I think that you can see where the van's nickname originated! 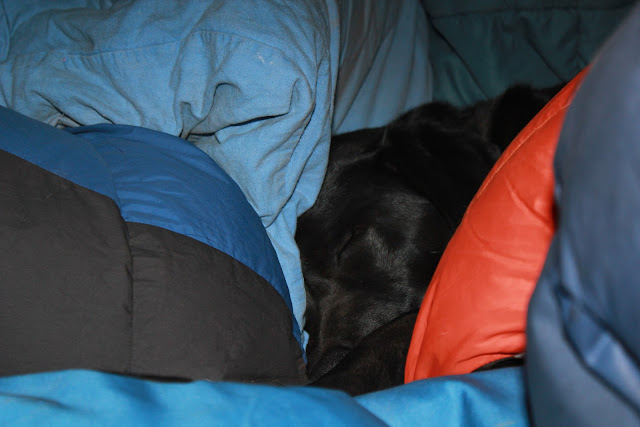