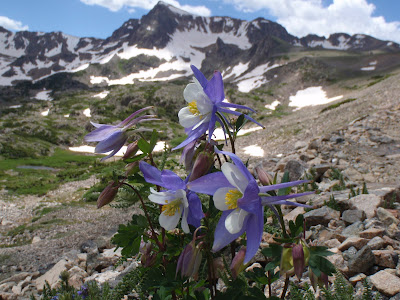 K and I set out hiking from 4th of July Trailhead at about 10,000 ft elevation and trekked to about 12,000 feet on a spectacular trail. The trail initially wends its way through lush vegetation with tall plants leaning into the path and cascading creeks of snowmelt crossing it. This lush section tends to be crowded with hikers so K and I whisked through it quickly, looking forward to the more tranquil higher slopes.

When we approached treeline, stunted trees and melting snowbanks dominated the landscape. Below a melting snowfield, Glacier Lilies carpeted the hillside. 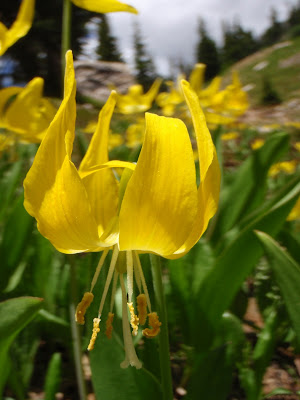 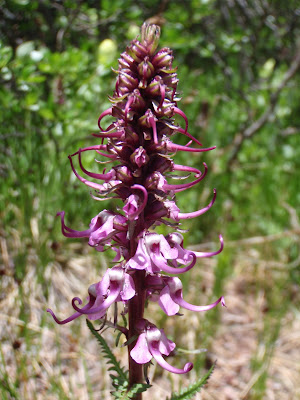 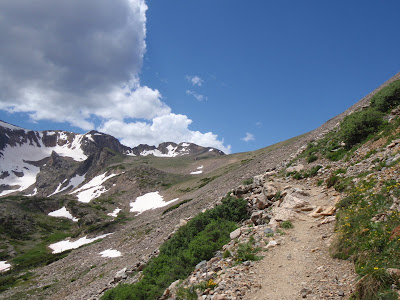 Above treeline, the trail perched on a rocky hillside with alpine 'mat' flowers holding soil in place. Abundant Moss Campion glowed purple among the rocks. 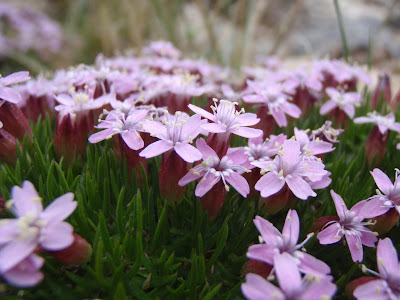 Although less flashy, Alpine Sandwort also provided fertile carpets for other flowers to shoot up. 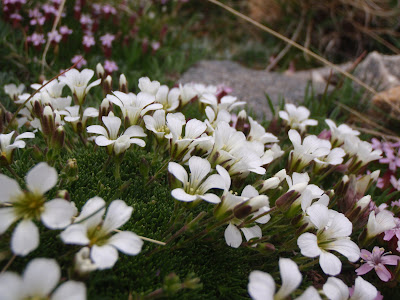 An exclusively alpine flower, the Mountain Dryad, stretched upward, towering over other flowers and the surrounding scree at 6" tall. 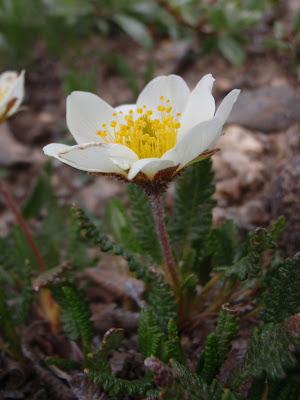 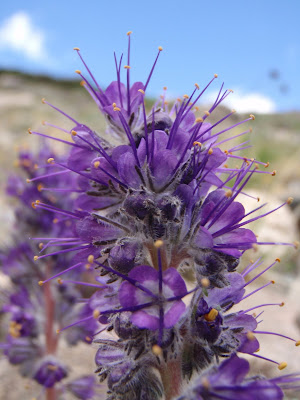 Next to the Purple Fringe flower, yellow beauties embellished the colorscape. 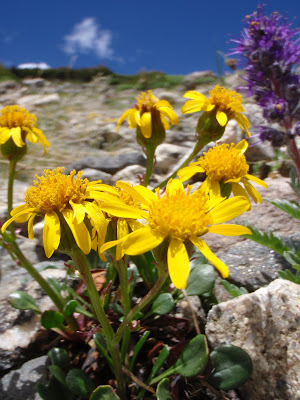 After climbing through rocky scree to within 100 yards of the pass, the wind hit us like a locomotive, blowing off my hat and knocking me backwards. We didn't linger long but enjoyed our first glimpse of the view to the west. 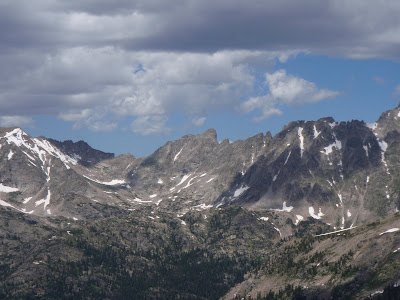 We rapidly headed along the Divide toward K's favorite place on the whole hike - a cirque containing a lake. The snowy rock mountains in the background formed the walls of the cirque that K headed toward like a water-seeking missile. 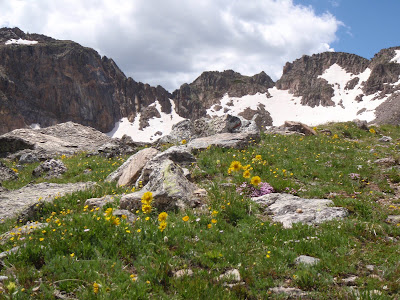 Old-Man-of-the-Mountain flowers (Rydbergia grandfloria), heads aligned toward the sun, decorated the sides of the trail. These long-lived perennials blossom only when the previous summer gave plentiful sun and water, allowing the plants to store sufficient carbohydrates to produce flowers. 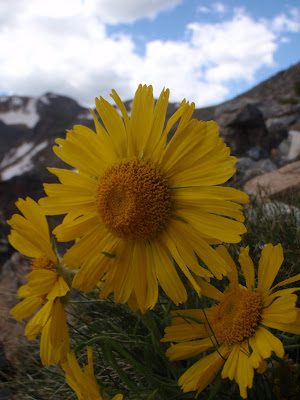 We dropped down into the cirque, out of the wind, to find that it was completely deserted. That delightful discovery meant that K could frolic in the water without worrying about destroying anyone else's quiet experience. K could barely contain herself long enough for a photo. 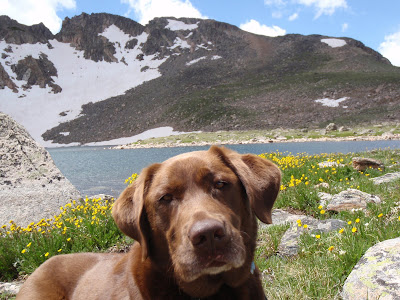 Soon, she dove into the snow-fed lake, fetching anything that she could convince me to throw. 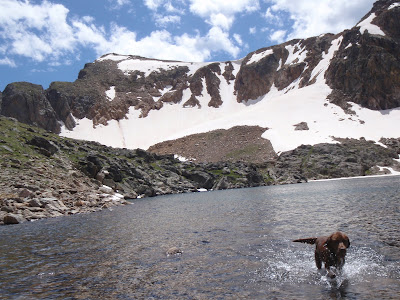 After each throw, she'd take a short break lying in the sun-soaked yellow Alpine Avens flowers. 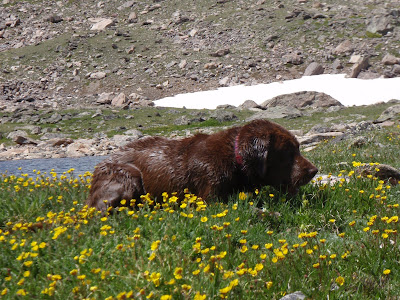 Eventually, I called a 'time-out' because her teeth chattered so loudly that I could hear them over the wail of the wind whooshing across the Divide above us. But, K clenched her jaw to stop the chattering and stared at me continuously until I decided that she was warm enough to swim again. Since Labradors were initially bred to haul fish nets out of icy water, I guess that K's imperviousness to the freezing lake makes sense. Here she's doing her best to convince me to throw something, anything! 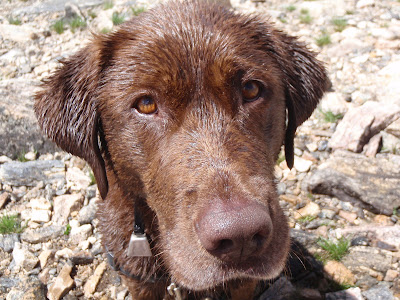 Just before we started the trek down the hill, I took one more photo to help me remember the wonderful day that I had with my K. A dog's life is oh-so-brief so I do my best to find time for soul-nourishing adventures with them. 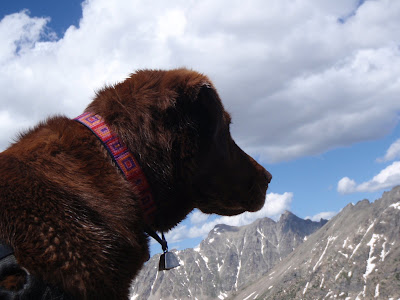