Clouds gathering above an alpine ridge

Our first morning above 11,000 feet dawned with an azure sky behind our towering sentinel, Mount Guyot. 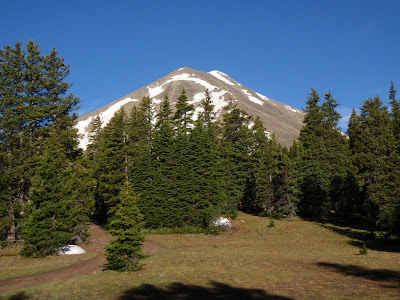 Before we wriggled out of our sleeping bags, we noticed white woolly quadrupeds nearby, a band of four mountain goats. They grazed in the clearing and gradually moved closer to us. The snoozing dogs failed to notice them, giving us precious minutes watching the small herd. 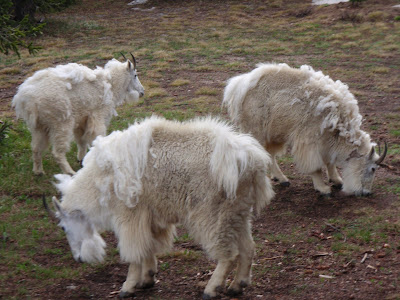 Huge mats of fur hung from their coats as they rapidly thinned their coats to adapt to the alpine summer. Later, we saw long strands of white wool adorning the low hanging pine branches around our campsite. All four had handsome beards and horns. The group even began to play fight, bashing their horns, while we watched. At this time of year, the females with young wander solo. Billie goats (males) always go it alone. Thus, this band likely included yearlings and females who didn't have offspring this year. 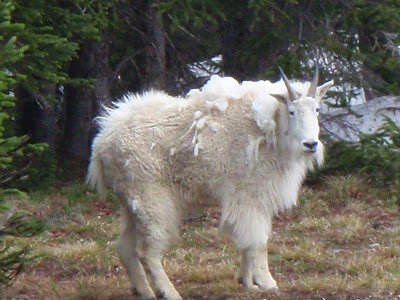 Mountain goats didn't originally inhabit the mountains of Colorado but ranged in the northern Rocky Mountains. In 1960-1971, humans systematically introduced mountain goats in the Colorado Rockies. They've became ensconced, enjoying the high talus slopes intermixed with alpine meadows that prevail in our mountains. Although introducing a novel species into an ecosystem seems like a recipe for disaster, I'm not aware of any ecological pitfalls from the introduced mountain goat population.

Later, when K and I headed out for a mountain bike ride, we spotted four mountain goats galloping across the distant tundra. 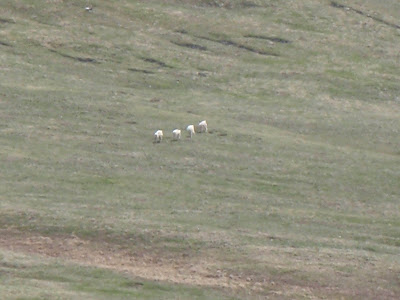 Despite K's high energy exploration mood, she ignored the fleeing goats to stay with me. We climbed up Glacier Ridge, a high and exposed ridge. A more miraculous view rewarded each laborious pedal stroke. 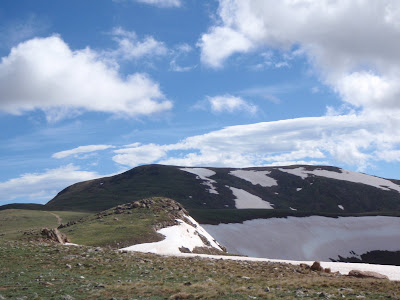 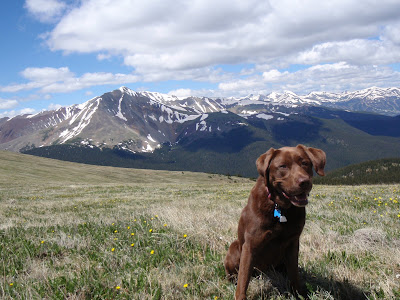 Just a short time later, the clouds seemed to be homing in on our ridge. 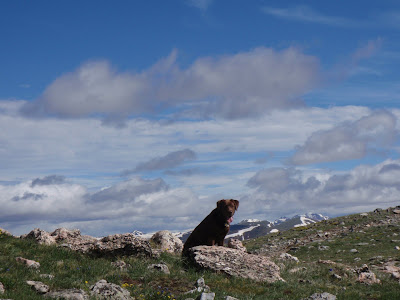 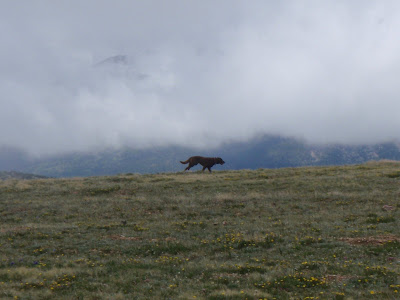 And, she sprinted to me when I called her. I always practice recalls when we visit new places because dogs don't naturally generalize and have trouble listening in an exciting new environment. 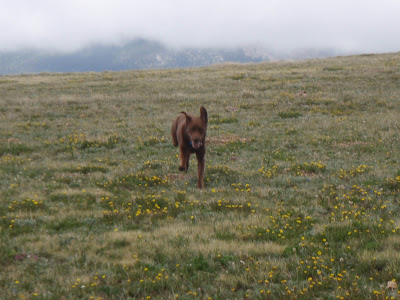 Behind K, the clouds hid all the surrounding mountains, causing us to turn back toward camp. An exposed ridge didn't strike me as the best place to be in a storm.

Before the weather looked so threatening, I'd taken photos of the alpine flowers that protrude above the 'cushion plants' that I wrote about yesterday. These 'tall' flowers of the tundra rarely exceed 6" in height. Being too tall would be a disaster because the mountain gales would continually buffet the plants, either damaging or desiccating them. Below, Dwarf Clover, Moss Campion, and Alpine Forget-Me-Nots provided the cushion and soil for the yellow taller flowers. 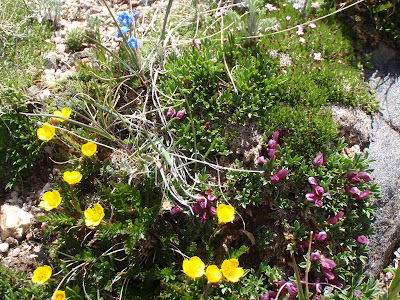 As I rode, the array of colors on the ridge was striking. Alpine Avens provided the yellow in the ridge's mosaic. 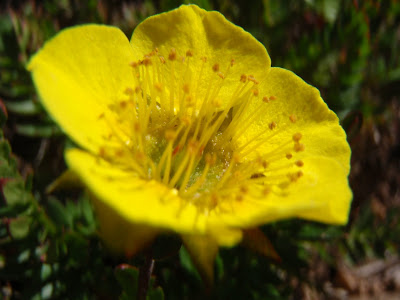 Sky Pilots smattered the ridge with blue. These members of the Phlox family love high, dry, and rocky terrain. 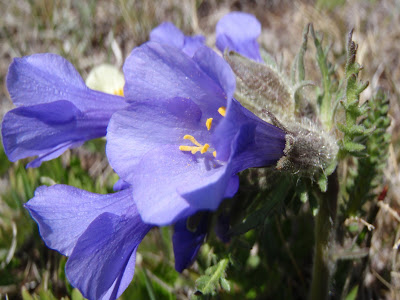 Finally, the Alpine Lily contributed white splotches to the ridge. 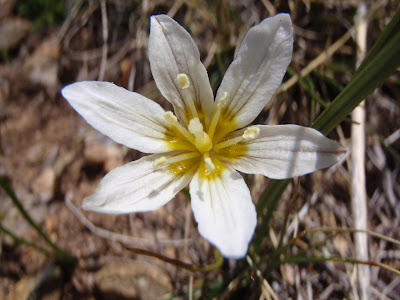 After K and I fled down the ridge in the shroud of thick clouds, a parade of storms hit us and then lifted occasionally for the rest of our time at Georgia Pass. Just after one of the storms, our sentinel mountain peeked through the clouds. 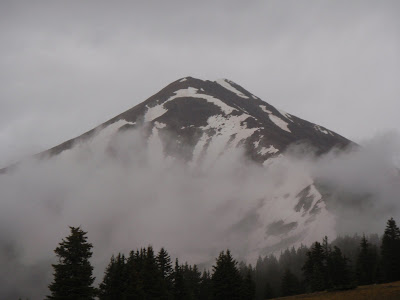 After a couple of days, we decided to resume our wandering, circuitously heading toward the Continental Divide Trail above Salida. In that gorgeous area, I found indescribably awesome mountain biking, much of it on exposed ridges in the alpine tundra. More about that tomorrow.
Posted by KB at 4:39 PM