Yesterday, the adventurer from the brood of Cordilleran Flycatchers nesting under our deck took flight in the morning. Around midday, the second flitted off into the trees without me seeing his momentous flight.

By 7:30PM last night, I thought that a pair of chicks would spend one more night in the nest when I took this photo of the lingering duo. 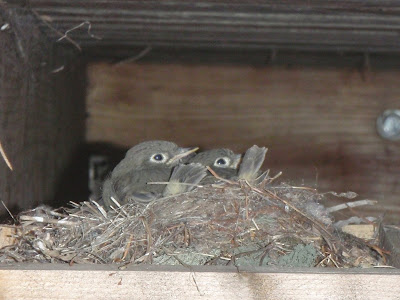 Then, as I watched the Tour de France on the deck at dusk, I heard fluttering under the deck and mom chirping vociferously. I ran to the edge of the deck, and I saw both babies on the ground just below a pine tree. While I grabbed my camera, one flew into the tree. I captured a photo of the one still resting on the pine needles. 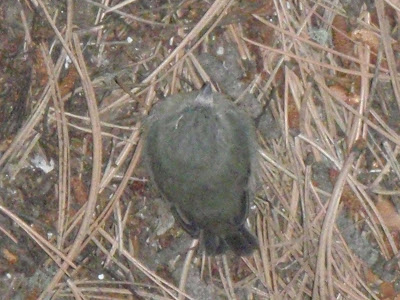 Then, he fluttered, hesitated on the ground, and miraculously lifted off! He landed on a pine branch just above him. Due to the failing light, it's difficult to see him in the photo. 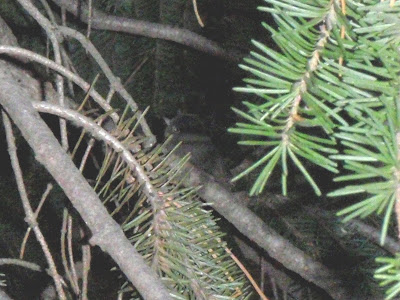 This fluffy fledgling immediately embarked on a series of short flights from one tree to another, and landed next to his sibling. A parent promptly perched next to the babies and called to her spouse. An answer echoed from the nearby forest.

The family is still nearby today. I can hear the parents calling back and forth in the forest just outside our clearing. I love hearing them and knowing that their nestlings have flourished so far.

Today, K and I headed up to the thin air for a hike that I'll write more about tomorrow. We hiked among clear mountain lakes and wildflowers. 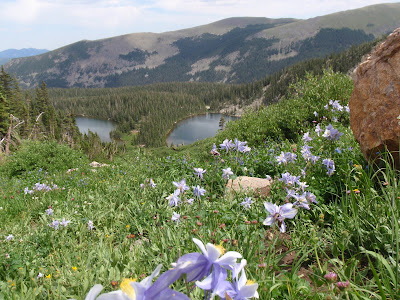 K swam and then soaked up the sun. 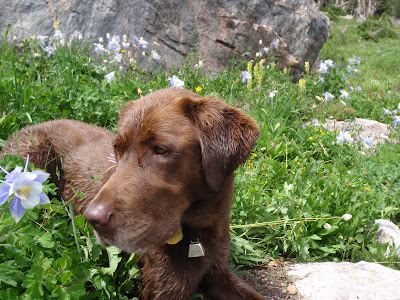