Stormy last days on the Divide

As the end of our vacation crept up on us, the storms became more frequent and furious. K and I ventured out on exposed ridges for brief parts of our rides. However, warnings of 'golf ball sized hail' and 'cloud-to-ground' lightning prevented carefree roaming. The clouds gathered early each day. 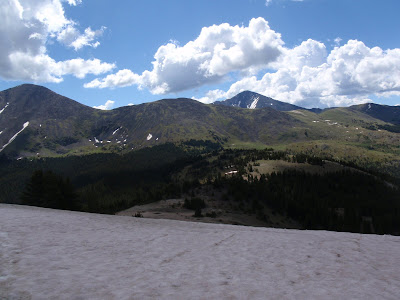 As they began to organize into storm cells, the clouds became dominated by dark gray smudges that sent us scurrying for cover. 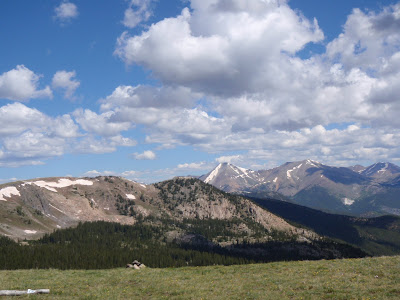 On our alpine rides, we spotted a tiny new flower, a magenta beauty (Pygmy Bitterroot, Oreobroma pygmaea), glowing among the other plants. 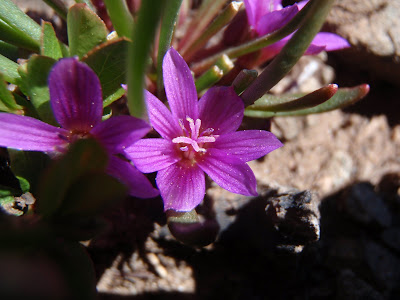 On two evenings, sun rays shined from low in the sky, illuminating one of the smaller mountains on the horizon. It shined from the dark sky. 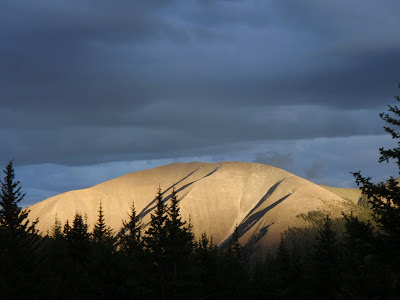 Rain swept through the rays, creating a rainbow arcing over our meadow and ending in front of Mount Antora. 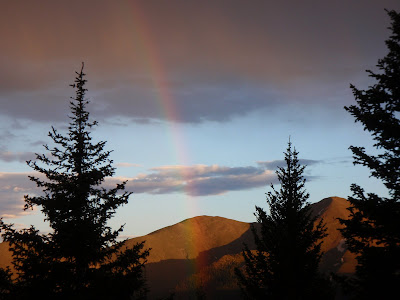 On our final full day of camping in the meadow, clouds already obscured a nearby mountain within an hour of sunrise. It was a good day to explore a protected gulch, thereby avoiding exposed ridges and that ominous-sounding 'cloud-to-ground lightning'. The gulch descended precipitously from our meadow paralleling a gushing stream. Traveling in a wet gulch felt completely different from my recent forays on exposed alpine ridges. 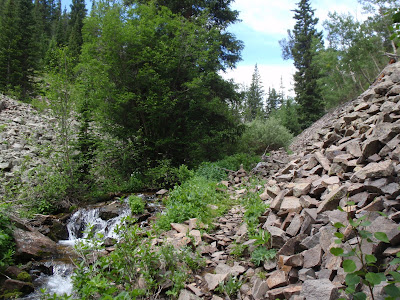 The stream ran fast and high, creating a waterfall next to Tall Chiming Bell flowers. 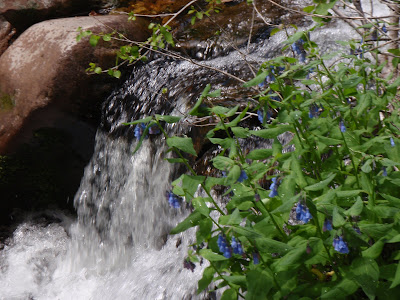 Water-loving Red Columbines lined the stream, glowing in the brief flashes of sunshine that punctuated the day. 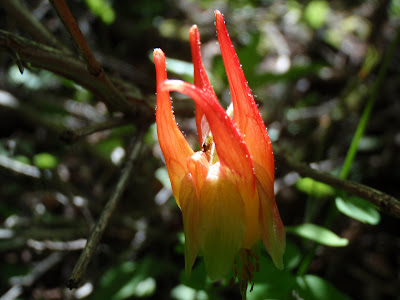 After rolling down more than 2000' of rocky trail next to the flowing creek, I turned to climb back to camp. I felt tiny compared to the mammoth white aspen trunks and their towering green canopy. 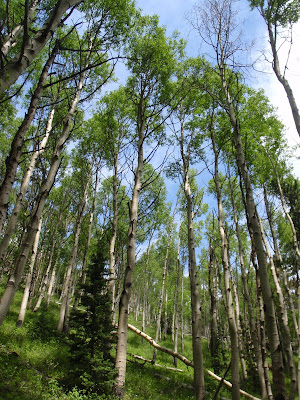 Although I usually love climbing, this ascent seemed endless and exhausting. It wasn't until I arrived back in camp that I realized that I was parched. It's easy to forget that high altitude dehydrates me even on cool days. I spent the rest of the day with my feet up, drinking prodigious volumes of fluids. The dogs relaxed with me, except when they vociferously protected me against an animal lurking at the forest edge. You'd never guess that our sweet labs could look so ferocious. 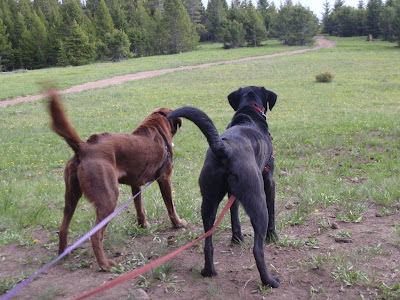 By the time the sun was falling below the mountains, my equilibrium had returned and I soaked up the last sunset and moonrise of the vacation. 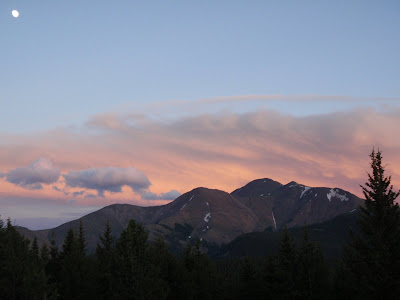