We had a restless night punctuated by frenzied outbreaks of wild barking by K and R. They awakened us more times than I can remember. After one jolting outburst of barking, we heard coyotes yipping and howling in the distance. We haven't heard them sing since late winter. I wonder if the renewed howling means that the pups have started traveling from the den so the pack has resumed long distance communication.

This morning, as K and I rolled out onto the trails, she frantically sniffed a trail leading from our birdfeeding station into the forest. Our wildlife camera revealed why. 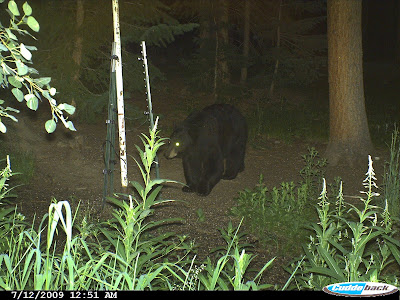 A black bear, small and compact, visited the base of our birdfeeding station last night. This bear seemed tiny compared to the cinnamon one who has investigated our territory several times this spring and summer. While brownish fur covered the muzzle of last night's visitor, shiny jet black fur covered the rest of her body. 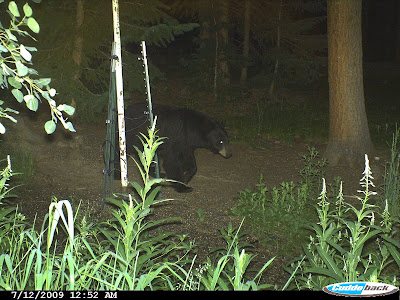 I wonder if this bear is a young female, perhaps the sow who my husband saw with two cubs of the year, or if she might be a yearling. I'm not sure why I'm convinced that she's a 'she' but I am. 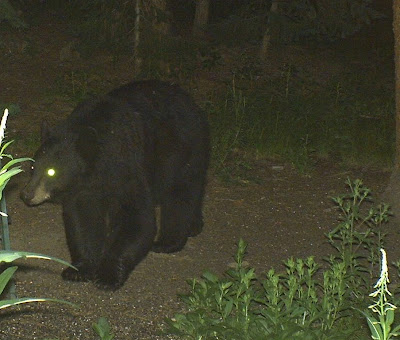 So, the wildlife camera validated our guard dog duo's night of alarm barking. Still, I'd be happy to sleep through nocturnal bear visits if they'd let me.

This morning, K and I pedaled into a cooler and slightly cloudy day which she, in particular, enjoyed. When I mountain bike with K, I'm hypersensitive to making sure that she doesn't overheat - by riding in the morning and providing her with lots of water. Today, she frolicked in the cooler and lighter-feeling mountain air. 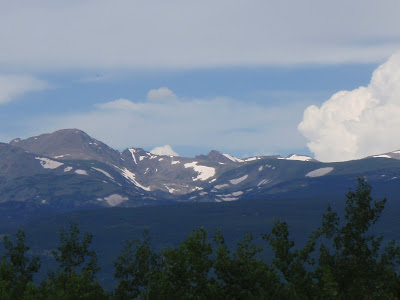 Early in our ride, K showed me an exceptionally fresh deer hind limb, with all the bones below the pelvis intact (the photo below shows only the knee region). The leg lay in an area where we've seen mountain lion tracks and even once thought that a lion was shadowing us at a distance. After she showed me the leg, K tried to convince me to follow her to the rest of the carcass. Since I estimated the leg at about 2 weeks old with only dried meat gristle remaining, I felt confident that, if the deer was killed by a lion, the lion had moseyed along now. But, when K trotted purposefully into a thicket of downed trees and boulders perched on a steep hillside, I hesitated. For perhaps the second time in my life, I let my sense of preservation win the moment, and we turned back. 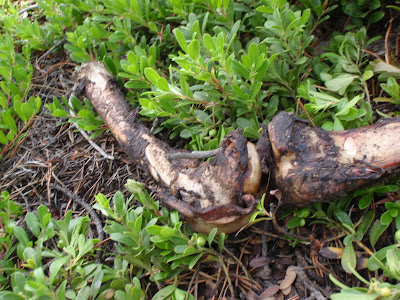 After that escapade, K decided to keep a close eye on me. Whenever I stopped, I found her eyes glued to mine, seeming to search deep into my soul. Perhaps she was still trying to fathom why I hadn't wanted to roll in a stinky carcass with her! 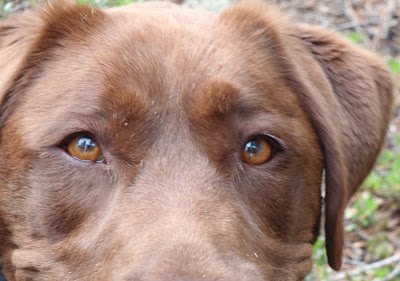 After I dropped K at home, I rolled along my favorite exposed ridge, laden with a potpourri of wildflowers. Swallowtail butterflies flitted among the mosaic of whites, yellows, blues, purples, and yellows. Despite the variety, these hummingbird-sized butterflies drank nectar exclusively from Colorado Loco (Oxytropis lambertii), a plant with clusters of magenta blossoms. 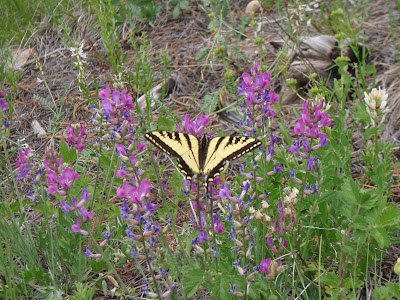 A new bloomer had burst onto the ridge, the impossibly delicate Mariposa Lily (Calchortus gunnisonii). Most years, these jewels are rare, with single flowers poking out of the grass here and there. This year, they're going wild, even forming small colonies of beauty! 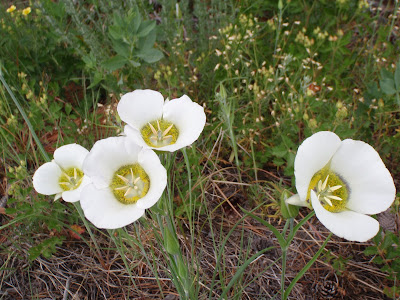 I peered at the center of the flower, an exquisitely intricate structure that assures that visiting bugs pollinate the lilies. 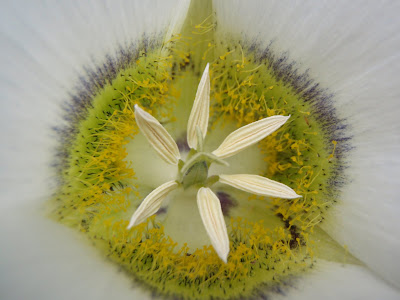 I wish that I could freeze-frame summer life right now. However, the frenzied race of summer never rests or even slows. The animals and plants have only a brief moment to shine while the warmth of the sun fuels them. Mariposa Lilies open their petals to the sun for their week of singing. Bears raise their cubs and gorge themselves while the living is easy. And, full-time mountain dwellers know that our first frost looms in only 6-8 weeks so we soak up every instant of easy living: riding in sleeveless shirts and shorts, lazing about on the deck, and wandering aimlessly through wildflower-filled meadows. The time for living is now. 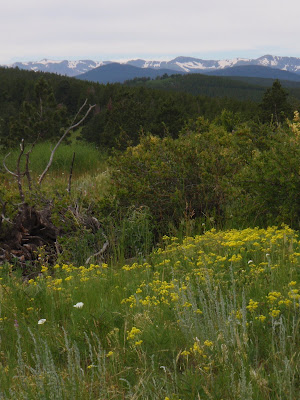