Amid a sea of contemplation of whether there's any way I can put off my surgery for another year, I rode my bike out into the crystal world at sunrise. The sun barely peeking over rocky pinnacles nearly blinded me. The beauty made me forget my turmoil as it almost always does. 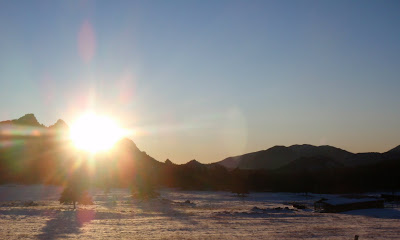 Looking over my shoulder, I saw the golden hue on the mountains. It's worth waking up early to feel the world awakening around me. 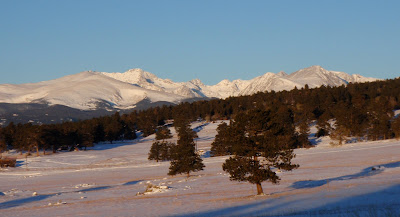 I rode down a shaded gulch that the sun hadn't touched yet. I heard the soft high-pitched mewing of a yearling elk separated from his mother. When I scanned the meadow, I spotted a splinter faction of elk observing my passage. The youngest elk in the herd were born last May or June, up high in the alpine meadows. Thus, they're about 7 months old now. To my surprise, one of the youngsters knelt down on his front legs and nursed from his mother's teats. He repeatedly jerked his head upward, as if he was trying to force more milk out of her breasts. It's the first time that I've seen an elk calf nursing at this time of year. The nursing elk wasn't in this photo.

As I coasted further into the depths of the gulch, the world darkened still more. In the foreground of the photo below, the dark gulch surrounded me but the snowy mountains stood out like beacons to the west. 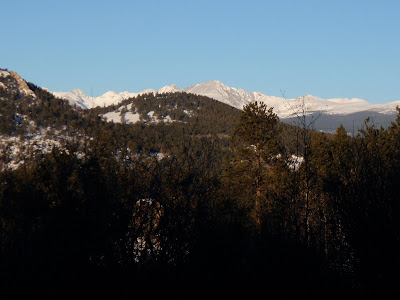 In this gulch, I noticed a huge, fur-filled scat. My chemical handwarmer serves as a scale - it's 3.5" long. I think that a mountain lion left this scat. 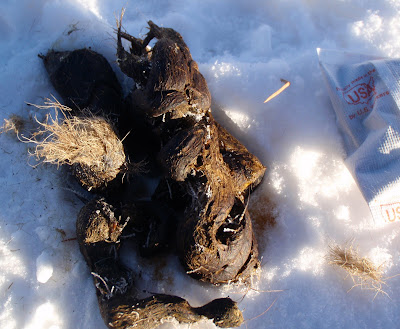 Very nearby, as the crow flies, I found a fascinating cat sign the other day. In the photo below, a muddy paw print is on the left and the blood of a prey animal stained the ground in front of it. Around this spot, I saw signs of struggling, lots of cat tracks, and many bits of fur. 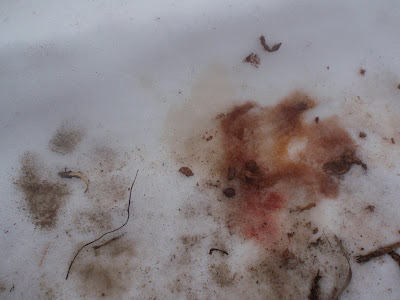 The paw print was large, almost 3.5" in length and width - as you can see by comparing it to my handwarmer below. Moreover, because it was a mud print rather than an imprint, it couldn't have been enlarged by melting. My best guess was that a smallish mountain lion left the track as he hunted. 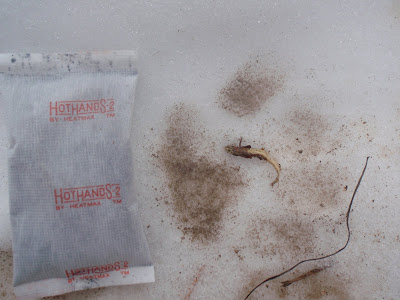 Today, shortly after I saw the lion scat, tracks from a huge elk herd crossed my path. The pattern continues - when I see elk signs, I tend to see lion signs nearby. 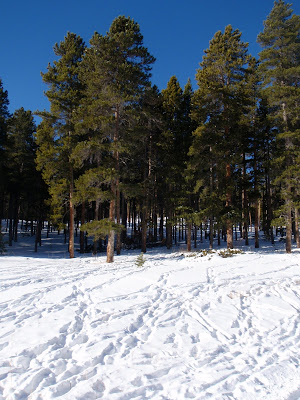 After my intriguing ride, replete with myriad animal signs, I headed home and picked up the pups for a short ski. They'd already had a romp in the morning (without me) but I needed my own 'doggy fix'. 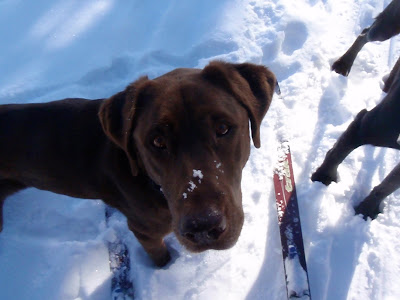 We visited our favorite lookout. The mountains shined a brilliant and sparkling white in the late morning sun. The three of us sat on a log together and enjoyed the silence of our mountains. It rejuvenates my spirit to visit spots like this one. 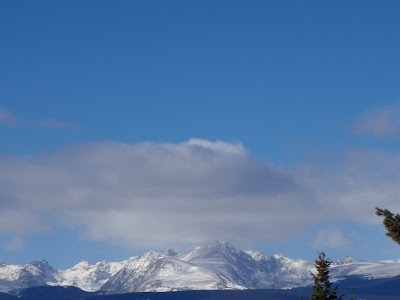 When we arrived home, the dogs still had energy to burn and began wrestling. They wrestled for a while with both of them seeming relaxed. As R became revved up, K started giving calming signals, like this tongue flick, even though R was trying to be very non-threatening by lying on his back. 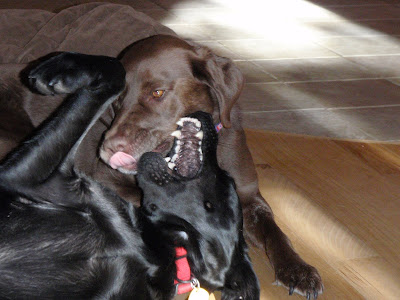 R saw the calming signal and returned it. They mutually took a break before restarting the fun. It's amazing to spot these subtle forms of communication between the duo. 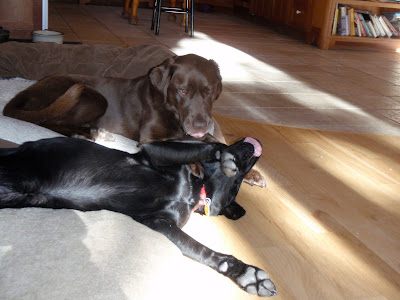 After wrestling, K found a spot in the sun, where her fur glowed resplendent with what I hope is good health. 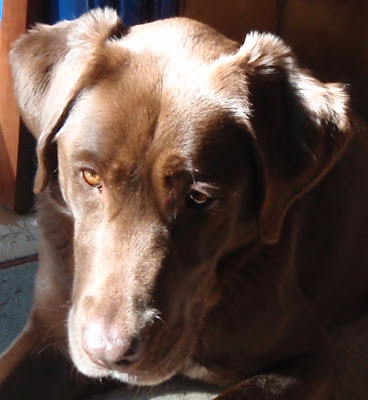