I started my day with a dawn bike ride - one of my favorite things on Earth. I pedaled in crackling cold 4°F air. I saw the sun crest a rocky dome and felt lucky to be alive. 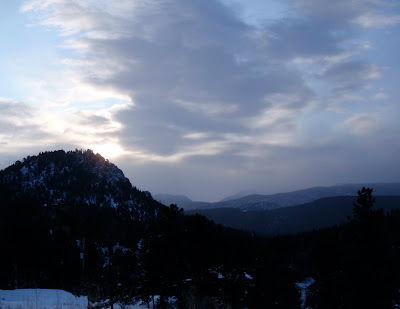 No humans besides me had yet ventured onto our roads. So, the animals still ruled. A small group of elk burst out of an aspen forest as I pedaled past a meadow. It constituted less than a quarter of the herd. I'm not sure where the other 80 elk were hiding.

I rode on in a grayish pink world and noticed a flash of brilliance. Red willow branches swayed in the wind, shining brightly against the deep blue-gray sky. 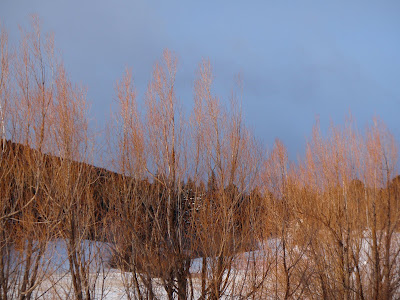 When I arrived home, the youngest family members buzzed with anticipation. But first, they put the dogs through their paces. Over the past few days, the dogs' respect for the small boys amazed me. The funniest thing was that the boys would tell the dogs to 'stay' but then they would forget to release them. I'd find a canine sitting at attention all alone in the middle of the floor. What good dogs, waiting to be released! 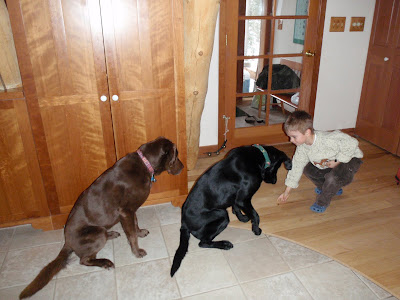 Later in the day, we were preparing for a cross-country ski and romp in the snow when a coyote meandered into our clearing. We watched her through the window, closely examining her with a spotting scope. That scope allowed us to discern that 'she' is a 'she'! 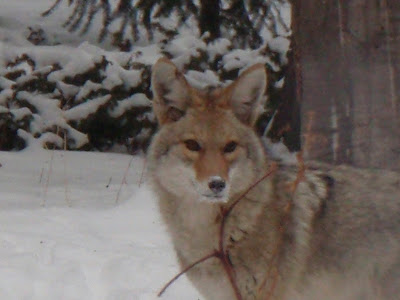 We scared off the coyote before heading out to let the dogs romp through the snow. 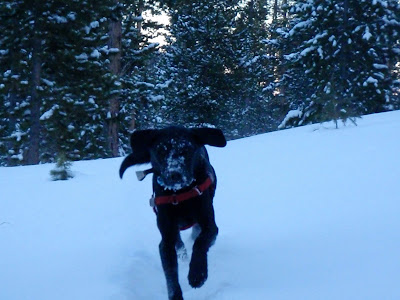 They sprinted with wild abandon. 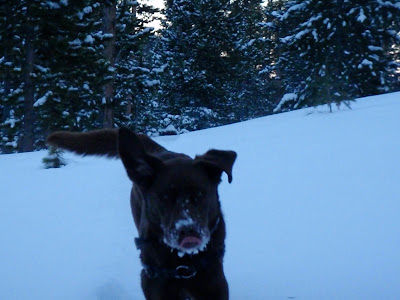 And, at the end of a fabulous day, they snoozed, snuggled close together on their bed. 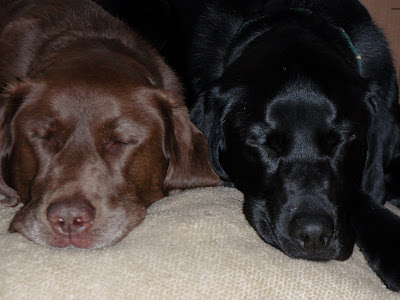 I wish you all the blissful peace that the Labraduo exude.
Posted by KB at 5:50 PM